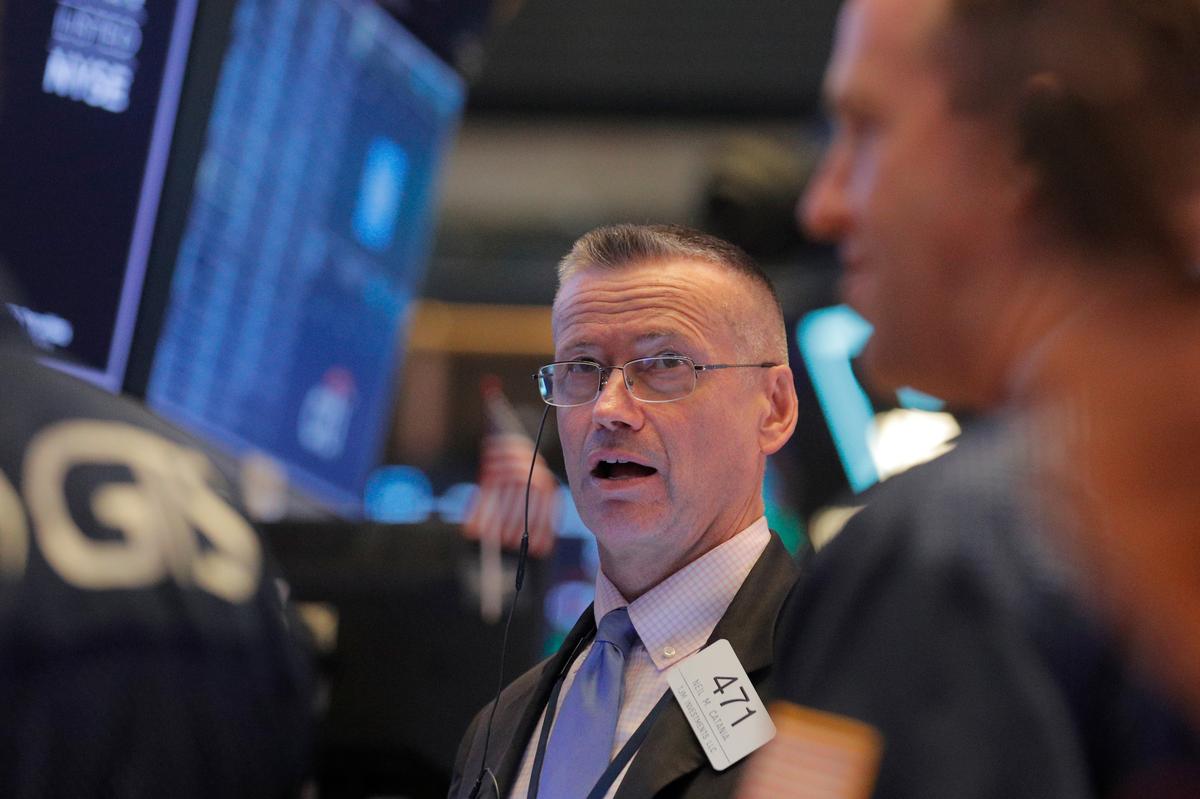 NEW YORK (Reuters) – A gauge of world stock markets was flat on Wednesday as U.S. data that raised concerns about a slowing economy was offset by a solid start to earnings season, while sterling was volatile as negotiations on a Brexit deal continued.

On Wall Street, stocks retreated after monthly retail sales data for September showed a decline for the first time in seven months, stoking concerns softness in the manufacturing sector was starting to spread to the broader economy.

“Retail sales were definitely on the weaker side and given that the consumer is one of the key pillars holding up the U.S. economy, any weakness in consumer indicators is obviously a sign of concern,” said Ellen Hazen, portfolio manager F.L. Putnam in Wellesley, Massachusetts.

Concerns about the trade dispute between the U.S. and China also weighed. The U.S. House of Representatives on Tuesday passed legislation related to pro-democracy protests in Hong Kong, prompting China to warn in response that bilateral relations would be damaged if the measures became law.

Losses were offset by a solid start to earnings season. Bank of America (BAC.N) shares rose 1.98% following its quarterly results.

Earnings for S&P 500 companies are expected to show a decline of 3% for the quarter, according to Refinitiv data, down from 5.1% growth expected at the start of the year.

“They legitimately are coming in better than expected so far, not by leaps and bounds, but incrementally, yes they are. This is not just expectations having been set really low, at least from the earnings estimate standpoint,” said Hazen.

Sterling GBP= was volatile as negotiators worked to clinch a last-minute deal for Britain’s exit from the European Union before an EU summit on Thursday.

French President Emmanuel Macron said on Wednesday a deal with Britain on its departure from the European Union was being finalized and could potentially be agreed on at Thursday’s summit.

The pound had strengthened by more than 5% over the past five sessions as investors rushed to reprice the prospect of a last-minute Brexit deal before the Oct. 31 deadline.

European stocks closed slightly lower as they contended with the conflicting reports on Brexit talks and the dawn of earnings season, holding within a tight range during the session.

Companies listed on the STOXX 600 index are now expected to report a decline in third-quarter earnings of as much as 3.7%, worse than the 3% expected a week ago, according to Refinitiv data through Tuesday.

In commodities, oil lost ground on concerns demand could be hurt by a slower economy, along with forecasts of a further climb in U.S. inventories.

In emerging markets, Turkey’s Halkbank (HALKB.IS) saw its shares drop 4.1% after U.S. prosecutors charged the state-owned lender with taking part in a multibillion-dollar scheme to evade U.S. sanctions on Iran, which the company said were part of sanctions leveled against Ankara over its military operation in Syria. Overall emerging market stocks rose 0.44%.