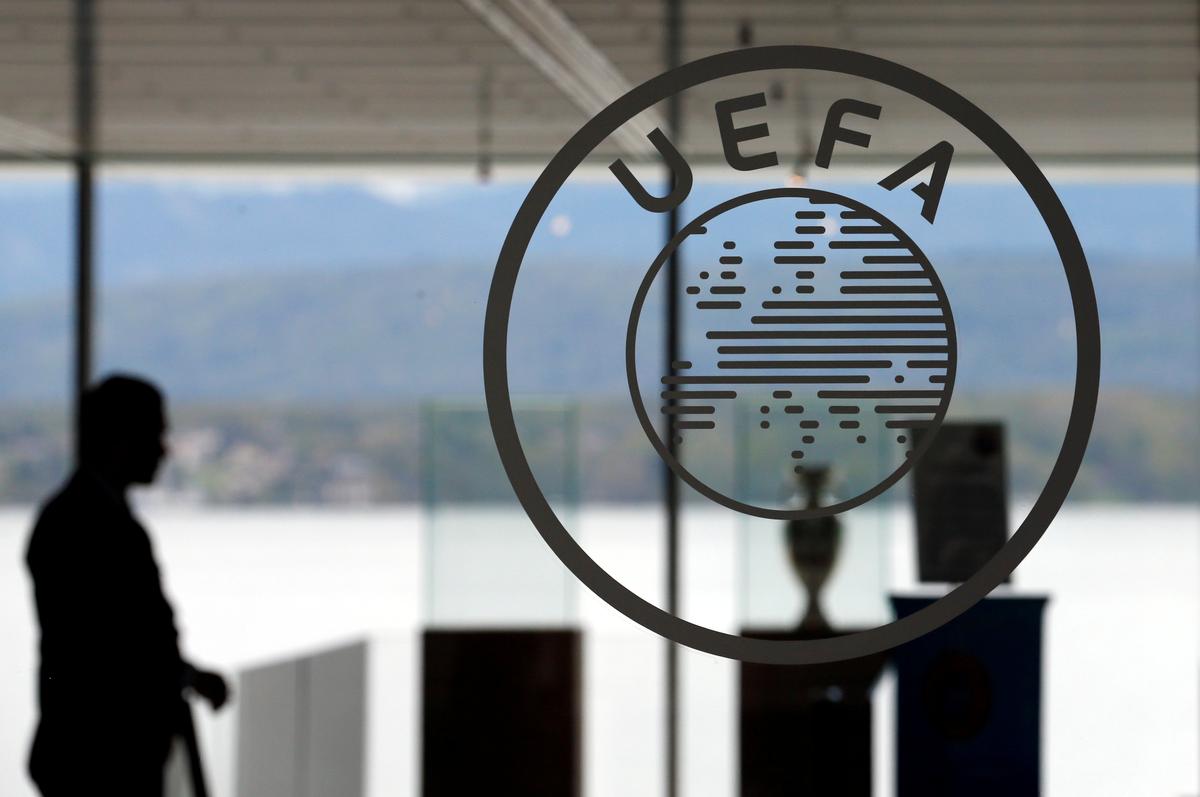 A logo is pictured on UEFA headquarters in Nyon, Switzerland, April 15, 2016. REUTERS/Denis Balibouse/Files

(Reuters) – Lazio have been ordered to close four sections of their stadium for their next Europa League home game due to racist behaviour by the Italian club’s fans during a group stage match against Stade Rennais earlier this month.

European soccer’s governing body UEFA said in a statement that Lazio must also display a banner carrying the words “#EqualGame” with the UEFA logo on it for the match against Celtic on Nov. 7.

The club were also fined 20,000 euros ($22,088) and given a suspended sentence of having to play one more match behind closed doors, contingent on there being no further racist incidents during a probationary period of one year.

Reporting by Simon Jennings in Bengaluru; Editing by Peter Rutherfordpeter.rutherford@thomsonreuters.com; +822 6936 1482