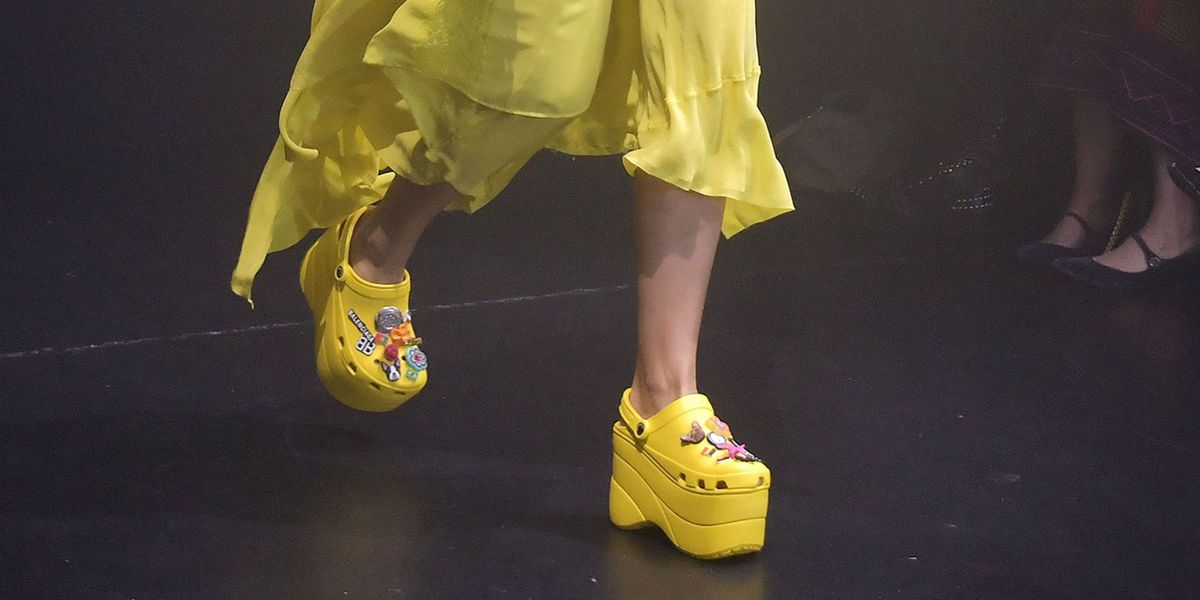 The spring/summer 2018 collections introduced the fashion circuit to the year’s most unlikely “It” shoe—the Croc. And the divisive shoe has finally been given the ultimate stamp of approval.

Christopher Kane first hinted that the rubber sandals were making a comeback, when he debuted rock-emblazoned Crocs at his spring/summer 2017 show.

But it was Demna Gvasalia for Balenciaga which sealed the deal, as the designer introduced the FROW to a child-like take on the sandal.

And the 10cm “Foam” platform shoes have already proven to be a massive hit with fans after managing to sell out online before they were even officially released.

The Balenciaga shoes became available to pre-order on the Barneys website for a cool $850 on February 1, 2018, but sold out within a matter of hours. Tough luck for those hoping to bag a pair ahead of the next wave of fashion week shows…

And it’s an impressive sale for the shoe once dubbed the “dad sandal,” but the soar in interest further proves Gvasalia’s sartorial pulling power.

And with everything from the label’s ’80s-inspired spandex leggings, to Ikea-inspired accessories, there’s no telling what the designer will convince the millennial set to buy next.