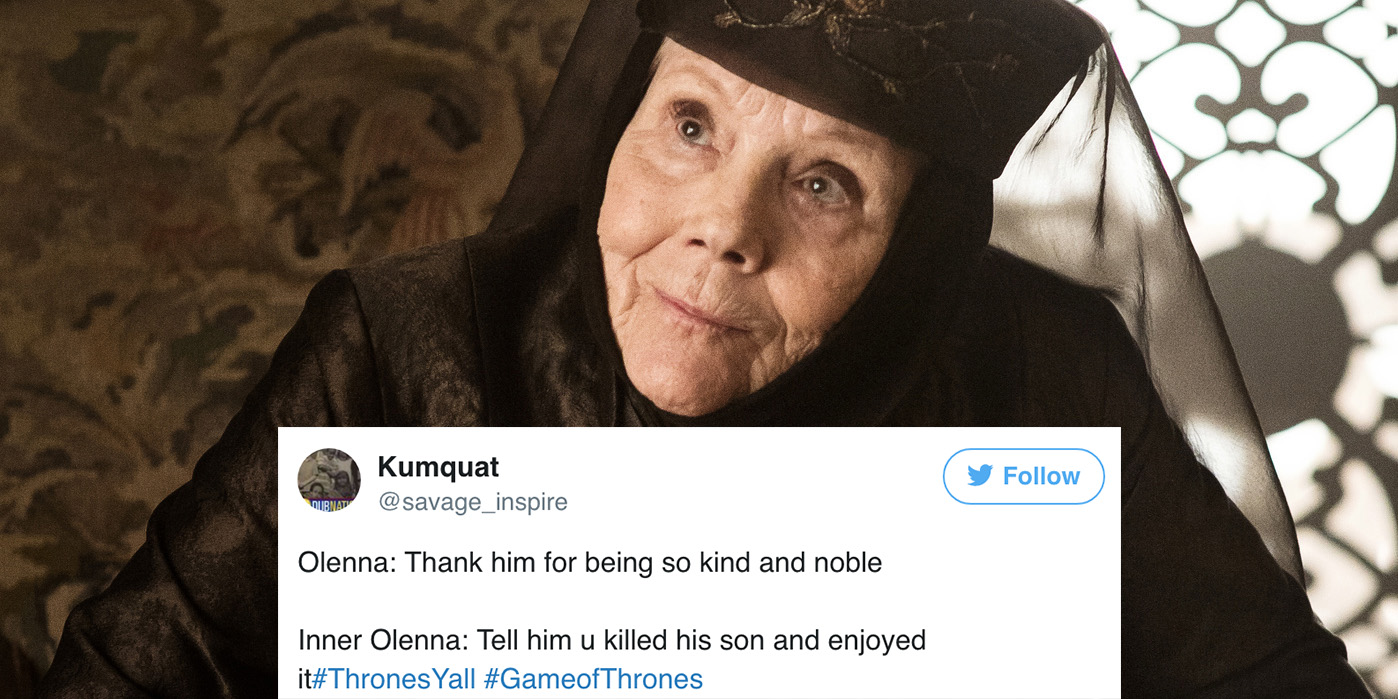 This week’s episode of Game of Thrones saw Jon Snow meet Daenerys, Sansa and Bran reunite, and the Unsullied conquer Casterly Rock—all while the Lannisters sneakily took their army to Highgarden to plunder its gold for themselves. Jaime was charged with killing off the last living Tyrell, Lady Olenna, but she made sure to go out in style, admitting to gruesomely killing his son before breathing her last. It was the perfect end to a jam-packed episode, and Twitter couldn’t handle it.

“Before I go tho, just wanted to let ya know I killed ya lil son. Tell your sister girlfriend about me.” Olenna the Gawd #ThronesYall

I want to die just like Olenna Tyrell, chug a glass of poisoned wine and say one last savage comment #GameofThrones

And, finally, the ultimate compliment: