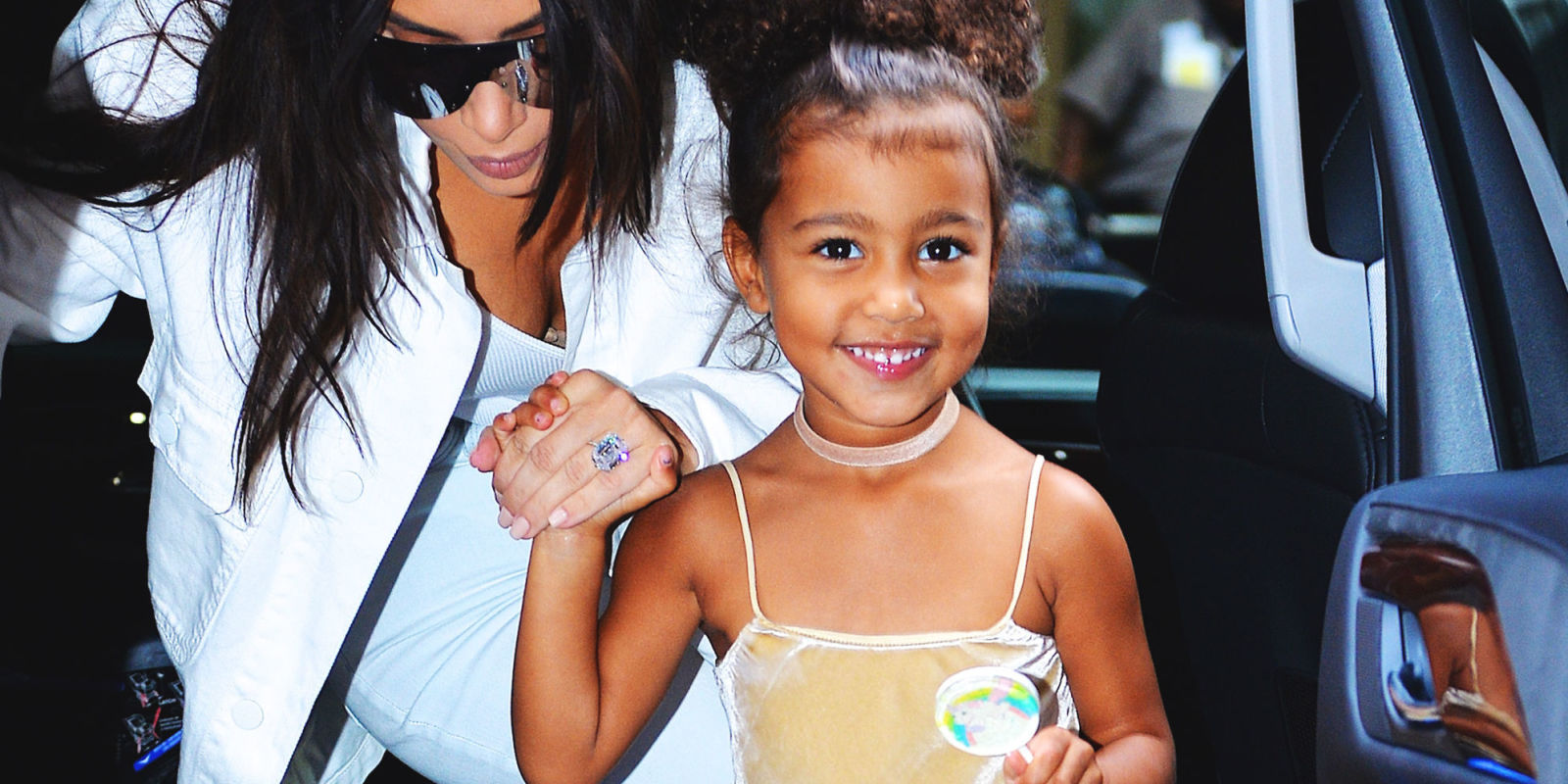 Child prodigy North West celebrated her fourth birthday today—an affair that was Snapchatted by the Kardashians, of course. While there hasn’t been another Disneyland excursion as far as we know, the birthday girl did get her own cake and tiara.

Here she is, pondering the meaning of her time on this earth. People notes that she appears to be at Chuck E. Cheese’s, based on the t-shirt someone is wearing in the background: 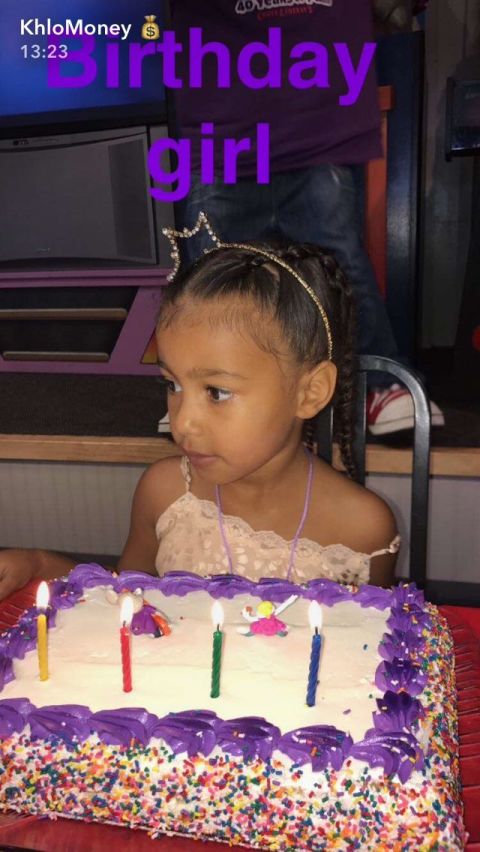 The Kardashian house was also decked out in some seriously giant “Happy Birthday North” balloons: 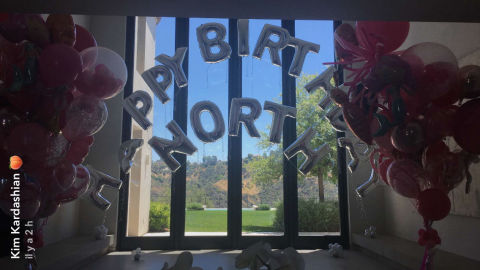 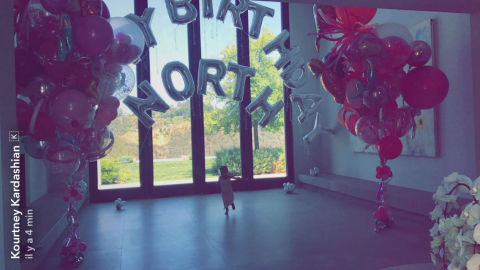 Just look at how small the child (North? Penelope?!) looks compared to those things.

It even looks like North may have received two adorable puppies from Aunt Kourtney as a gift. Whether they’re for forever or for a day, only Snapchat can reveal—hopefully soon.