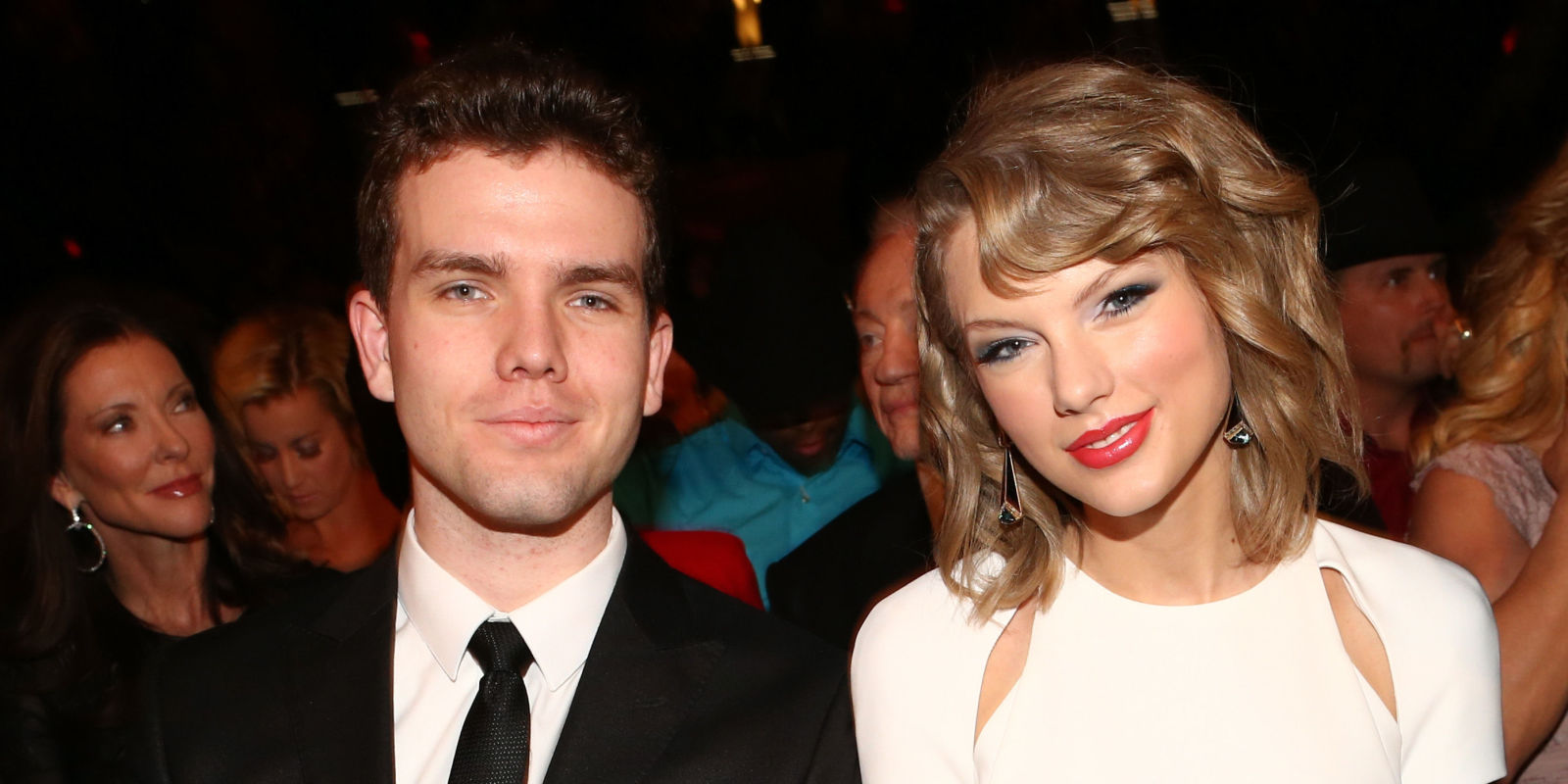 Austin Swift, Taylor Swift’s hot younger brother, has spent years in the background, accompanying her to award ceremonies, attending her Fourth of July Taymerica parties, and more. Now, the 25-year-old is doing the actor thing and quite illustriously: since graduating from University of Notre Dame in 2015 (Tay documented the ceremony), he’s appeared in I.T. alongside Pierce Brosnan and in Live By Night alongside Ben Affleck.

And, as such, he’s got his first big profile and photo shoot—in Vanity Fair. There are a couple of swoony, Old Hollywood-esque photos, including two with a James Dean get-up.

The outlet describes him as “gentle, brainy, measured in person,” “the sort of guy to offer you a copy of a play right out of his bad when you’re parting ways (‘I think you’ll like this one—I just read it.’)”.

Austin spoke warmly of Taylor, obviously: “She found singing, and I knew from very early on that that was her direction. She was never going to quit; that was her thing, that was her life…and I was always a little bit, you know, doing this, doing that….Something I learned myself, and learned through watching her, is respect. You just respect everyone’s time, everyone that you’re working with. They’re all there, it’s all their lives, and you need to put the work in to be worth that.”

Welcome to Hollywood, Austin Swift. It’s been waiting for you.

No ski resorts or fireworks but a lot of bubbles: How Europeans will spend Christmas this year
Brooklyn townhouse eyed by Adam Driver sells for $6.2M
Biden’s pick for foreign policy head affirms a push to get allies on board with U.S. policy on China
Biden names Jen Psaki White House press secretary along with an all-female senior communications team
Salesforce buying Slack would mark the first big software deal in a boom year for the cloud