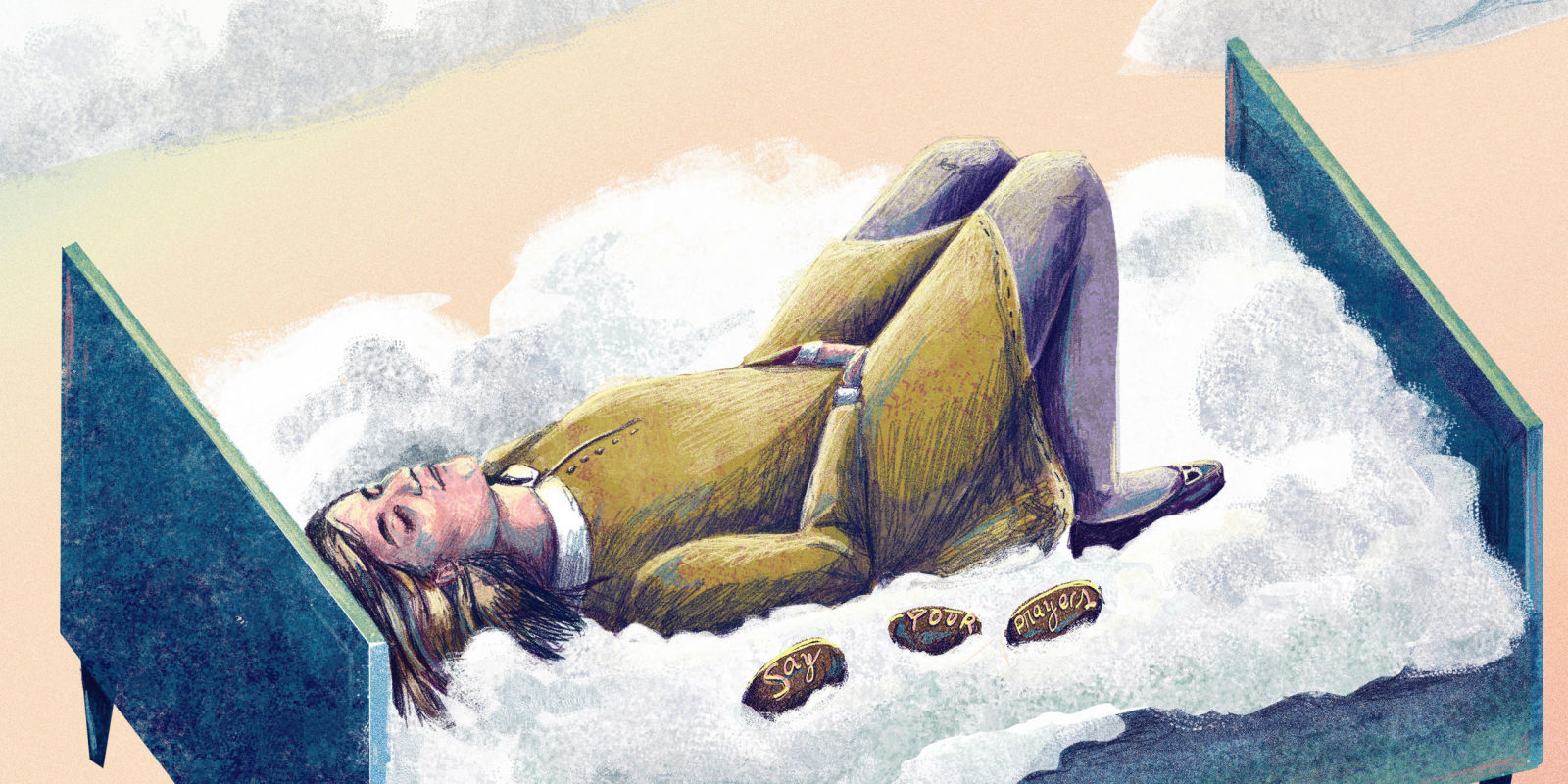 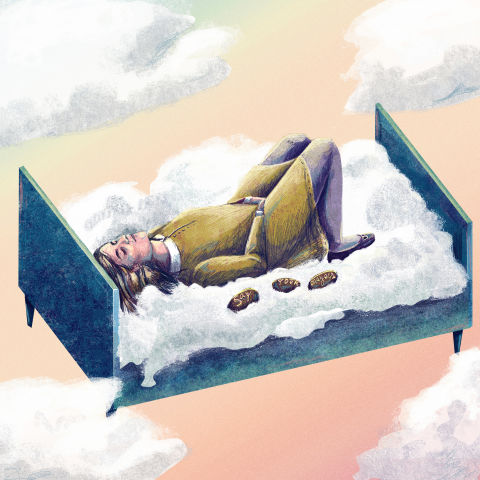 No one at Central Middle School wanted to be my friend. Once, a kid with breath so bad I swear he had a gum disease told the teacher he didn’t want to sit by me because I was gross, and she honored his request.

It was a bad time to be a seventh-grader. But it was a great time to be Mormon.

I was in the Plymouth 2nd Ward, and in the Plymouth 2nd Ward, people were nice to me. Tyler Petersen, the hottest guy from another middle school, whose voice had gone deeper faster than anyone at Central Middle School, and who wore soccer jerseys and always smelled like boy, knew my name and sat by me and passed notes with me during movies about eternal families. Ashley Seeley, who wore winged eyeliner and had won a statewide dance competition and knew how to do French braids so tiny you could barely see them, had pictures of me in frames in her room! In the pictures, we looked so happy that you might think we were the photo that came with the frame.

Church was a dream happening in real life, and it happened for three hours every Sunday and for two hours on Wednesday nights. I was hooked.

I prayed and prayed. I kept small rocks under my bedspread so that if I ever forgot to pray before going to sleep, I’d lie down on the rocks and remember. There were three rocks, each about the size of an egg, and I’d written SAY YOUR PRAYERS on them with puff paint. Before I went to sleep at night, I moved the rocks to the floor, so that I’d step on them when I got out of bed in the morning and remember to pray again.

Putting rocks in your bed might seem like a bit much. But Joseph Smith, the church’s founder and first prophet, once said that “a religion that does not require the sacrifice of all things never has the power sufficient to produce the faith necessary unto life and salvation.” It wasn’t catchy, but I thought it was the most exciting quote in the world. And fourteen was an especially exciting age, because it’s the age Joseph Smith was when he founded the church. Also, the rocks weren’t sharp or anything.

Every time I impressed the other members of the Plymouth 2nd Ward with a memorized scripture or quote, Tyler would whisper, “That was awesome,” and his mouth would be inches from my ear. And all the girls wrote me notes about how they loved my testimony, and I slipped them into my scriptures. I memorized the notes so I could think about them when the gym teacher asked me to sit out this round because I was so bad at softball I was ruining it for the rest of the class.

“You’re embarrassing yourself in front of everyone you know,” my gym teacher said.

“You’re an inspiration and a true friend,” Becky’s note said.

“You scored a run for the wrong team, twice,” my gym teacher said.

“You have such a big testimony in such a small body,” Emily’s note said. “You’re a spiritual powerhouse.”

I didn’t beat myself up too much over my lack of softball skills. Central Middle School didn’t matter. The only class with power sufficient to produce the faith necessary unto life and salvation was Sunday school.

Our Sunday-school teacher was Sister Campbell, a cheerful woman in her late 30s with the biggest bangs I’d ever seen. She loved a good cardigan and a clean joke.

At the beginning of one Sunday school in the middle of seventh grade, she gathered us around and waited until we were completely silent. There were five of us in Mia Maids, the name for girls who are fourteen to fifteen years old.

“Girls, girls,” she said, her voice quieter and quieter.

I waited for her to repeat whatever that word had been, but instead of clarifying or explaining, she let out a weird cough.

Then she coughed more.

“I won’t say that word again” was her unfortunate next line.

Starting an hour-long lesson with a whispered word didn’t bode well, but I had faith things would pick up. Whatever she’d just said, maceration, it was probably just another word for eternal life, and if I listened closely it would all start to make sense.

The room was quieter than seemed possible. Half the girls were leaning in and hanging on every word, and the rest were leaning away in discomfort.

I raised my eyebrows in a subtle way that I hoped suggested “Want to say it just one more time? Or give a definition?”

I never talked to anyone about it, but the feeling was complicated and strong and definitely spiritual.

“You won’t hear me say it again,” she repeated. “It doesn’t belong in this room. But it’s everywhere — I even saw an episode all about it on Oprah.”

Main Street pins hopes on Small Business Saturday sales to help stay afloat
When will the world reach ‘herd immunity’? Citi weighs in
Restaurant tech start-up Toast soars to $8 billion valuation seven months after cutting half its staff
Trump brags about Dow 30,000 at surprise news conference, leaves after a minute
Black Friday may have undergone a ‘fundamental change’ due to the coronavirus pandemic