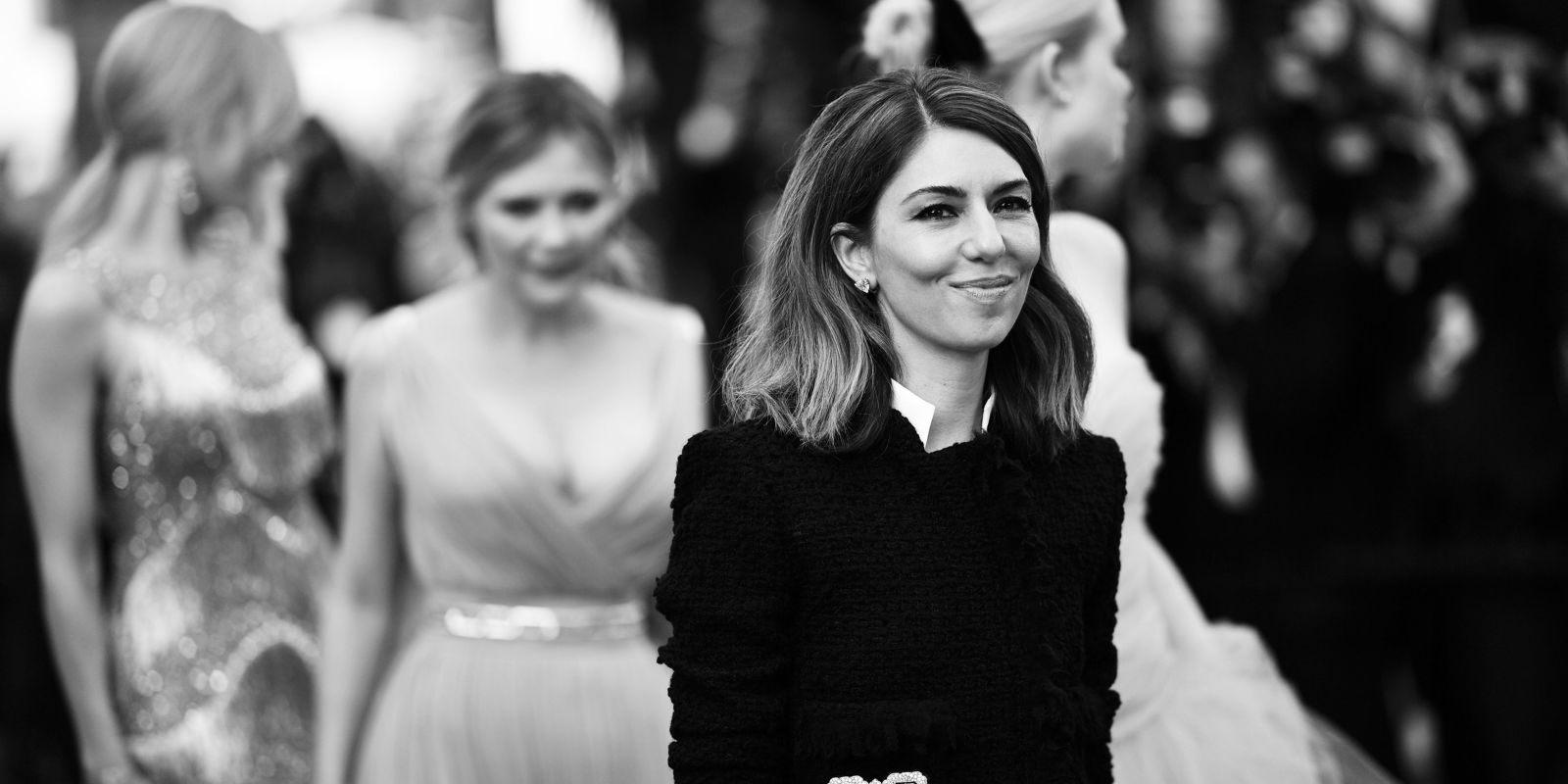 For only the second time ever in the history of the Cannes Film Festival, a woman has won the award for Best Director. Sofia Coppola earned the title for her film, The Beguiled, but the last time a woman snagged the award was way back in 1961, when Russian director Yuliya Solntseva won for The Story of the Flaming Years. That’s a gap of 56 years.

Before she learned of her win, Coppola had put this issue into its simplest terms. “I just think, half the world is female,” she told ELLE.com, “so I just make what I want to see, and I feel there are other women out there that want to see a point of view closer to theirs.”

After her win, Coppola thanked New Zealand-born director Jane Campion for “being a role model and supporting women filmmakers.” But the context of these women’s success at the French event is some seriously persistent gender disparity. Coppola may have won Best Director, but the Cannes pièce de résistance is the Palme d’Or, and Campion is still the only woman ever to have won it—in 1993, for The Piano. Even then, she had to share it with a man: Chen Kaige for Farewell My Concubine.

In 2017, Campion was back at the festival with the second season of Top of The Lake, which stars Elisabeth Moss, Gwendoline Christie, and Nicole Kidman. Earlier this week, she recalled an early experience of directing and being the only woman on the crew.

“When I first started as a director,” she said, “I couldn’t even get the [male] actors to do what I wanted. I’d say, ‘Okay, let’s go and rehearse now,’ and they’d say, ‘Oh, I don’t really want to.'” Campion said that only when she had persuaded a female actress to rehearse would the men then follow suit. “They had a lot of trouble with female authority,” she said. “It was a real problem at that time for those guys. And even with the crew, I had trouble with their behavior.” Now, although it’s taken over three decades of experience to get there, Campion said, “I don’t get treated badly anymore—I actually get listened to. It’s quite extraordinary, that change.” But should it be so exceptional? 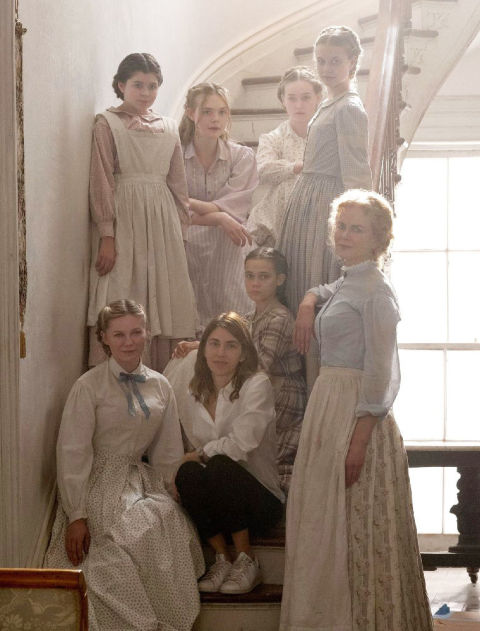 Sofia Coppola and the cast of ‘The Beguiled’

This year, there were only three women in the running for the Palme d’Or, out of the 19 eligible films in the competition category: Naomi Kawase for Radiance, Lynne Ramsay for You Were Never Really Here, and Coppola for The Beguiled. But the award eventually went to Swedish director Ruben Östlund’s The Square.

In other areas of the festival, things are improving, though still far from equal. The Un Certain Regard category, which celebrates stories told from an unusual angle or in an unconventional style, included 28% female-directed films, up 6 percentage points from last year, according to stats compiled by Women and Hollywood. Then there’s the Directors’ Fortnight category. Women made 35 percent of those films in 2017—that’s 7 out of 20—compared to 22 percent the year before. That’s not bad growth-wise, but the split isn’t even close to half in any of these cases.

One of the big ways change can happen is through big-name actors choosing to work with female directors and crew members. These actors have the power to pull in audiences, helping to ensure financiers will back the films. Kidman said a few days ago in an interview with the Sydney Morning Herald, “A part of my contribution now is being able to say that every 18 months I’m going to make a movie with a female director, because that’s the only way statistics are going to change—when other women start to go, ‘Oh, I’m actually going to choose only a woman now.'” 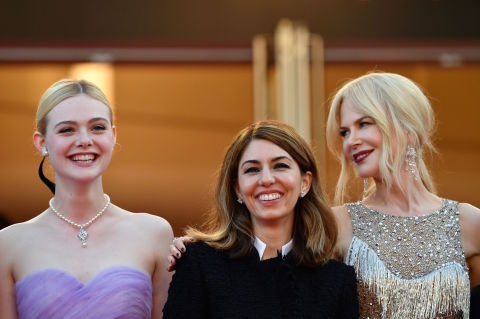 There’s a reason Kidman—who worked on both Coppola’s and Campion’s offerings at the festival—feels the need to speak out about the importance of women behind the camera. “Everyone keeps saying, ‘Oh it’s so different now, it’s so different!’ It isn’t,” she said at a Cannes press conference for The Beguiled. She’d been asked whether television was offering more freedom for women. In response, she delivered a blistering reply that silenced the room: “Only 4.2 percent of women directed the major motion pictures of 2016,” she said, citing a statistic from Women in Film. “There were 4,000 episodic television series, and only 183 women directed. So that there says it all. I think that’s really an important thing to say and keep saying.” Coppola may have won Best Director, but we can’t ignore how unusual her victory is.

But if you’re just starting out, getting a big-name actor to sign onto your film or to bring you in as director of an existing project is pretty unlikely; you would usually start by making smaller films. But if you’re a woman, even doing that can prove to be difficult. 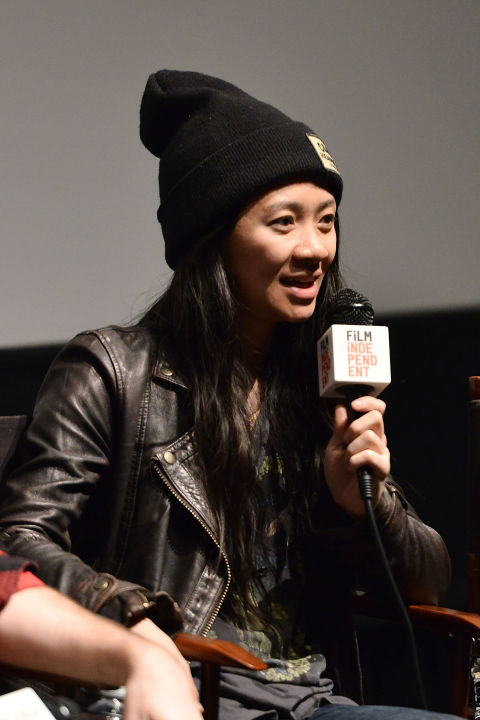 Chloé Zhao won in the Directors’ Fortnight category for The Rider, a beautiful and moving film about cowboys that stars real-life rodeo riders. But getting it made was tough. Although she received a Golden Camera nomination at Cannes in 2015, a Grand Jury prize at Sundance, and nominations for the Independent Spirit Awards for Songs My Brother Taught Me, her film about life on a reservation in South Dakota, she struggled to get a new film financed.

“I experienced a lot of unfairness,” Zhao told ELLE.com. “Sometimes you just want to cry, because you’re like, ‘Okay, if I were a man, this would be very different.’ It’s so obvious—my boyfriend feels bad for me. He’s a filmmaker, and he’s like, ‘Oh man, I feel like if I were in your position, I would have been fine. I would have gotten that money.’ That’s just the reality. I see my male friends, who probably didn’t have as much success [as I did], move into other things really quickly.”

While Zhao has stuck to making the films that feel authentic to her, she admits it’s been a struggle to resist making more traditionally ‘male’ films. “The industry was built by men, and still, men are the gatekeepers,” she said. “I find that sometimes to get ahead, to establish yourself as quickly as a male director, I have to tell my story differently than how I [usually] would as a woman.”

“Sometimes you just want to cry, because you’re like, ‘Okay, if I were a man, this would be very different.'”

Speaking at a Women in Motion event at Cannes this week, Diane Kruger said she finds specific value in working with female directors.

“I just think it’s a different point of view,” she said. “It’s less one-note. I love that [women] often make films about women. Because often women are just there [in films] to service the male storyline. At least the movies that I’ve made have had very central female figures, and I’ve found them to be very complete.” But, as comments from Cannes jury member and actress Jessica Chastain have shown, such representations of women on screen are still rare. “One thing I really took away from this experience is how the world views women,” Chastain said. “It was quite disturbing to me, to be honest.”

Coppola, Campion, Kidman, and Zhao have made an impact at this year’s festival. It’s thanks to the hard work and constant activism of women from every area of the industry that change is slowly happening, making it easier for women starting out and for those fighting against the odds. But the progress at Cannes is far too slow. Let’s hope it doesn’t take another 56 years for the next woman to succeed there.