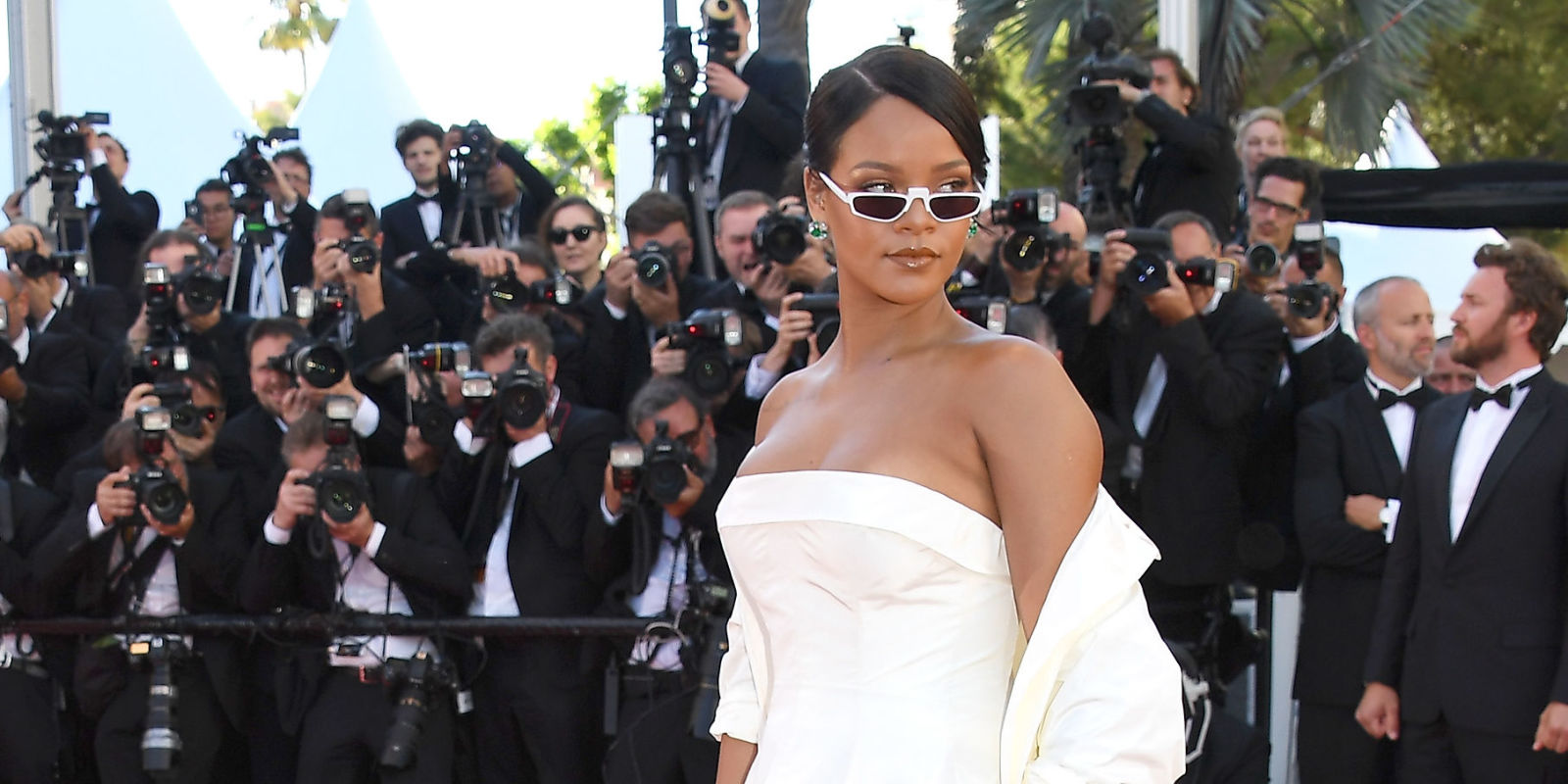 Today, the odious bros over at Barstool decided to wonder if Rihanna is getting fat and if that means the rest of us chicks are going to get fat this summer, too. And then they decided to publish that thought on the Internet (I’m not going to link to it, but you can look it up if you really want to): 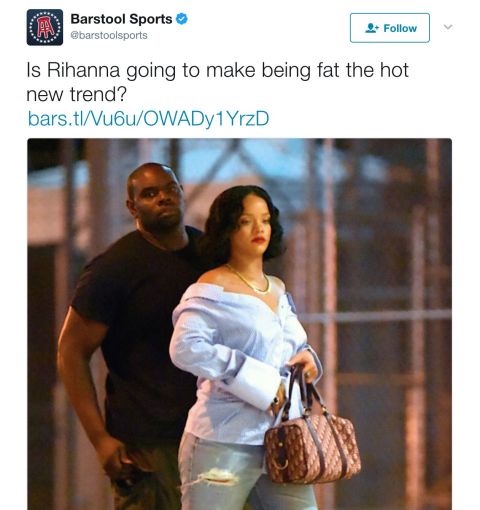 Sure, it might be a bad photo, the author reasons, or maybe she’s been enjoying too much room service on the road, or maybe―fingers crossed here―she’s just pregnant, which would be such a relief, because at least she wouldn’t be fat, right? 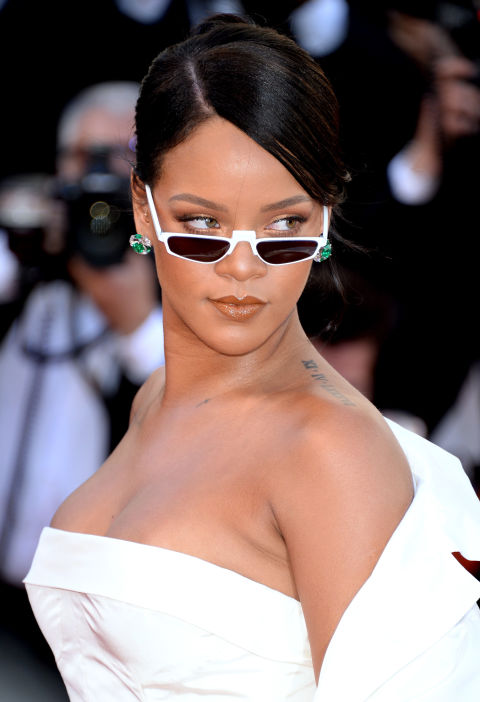 But the author’s main concern isn’t Rihanna or his own warped sense of entitlement that tricks him into thinking that it’s okay to talk about her “new high key thiccness” on the Internet. No. His main concern is what this means for him. Because, he warns, Rihanna is a trend-setter, so “it’s time to worry if you’re not a guy who fancies himself a chubby chaser.”

So you see her pushing 180 and it’s a tough world to stomach. With all the fat acceptance and “love me as I am” crowd, there’s definitely a world where I could see chicks see Rihanna make some strong “I don’t give a fuck I just love pizza” quote that goes viral and bam we’re in a world where all the hottest girls look like the humans in Wall-E. And just in time for summer too. A world of ladies shaped like the Hindenburg loaded into one-piece bathing suits may be on the horizon now that Rihanna is traipsing around out there looking like she’s in a sumo suit.

First of all, Rihanna doesn’t need any of us defending her―hello, this is RIHANNA, she doesn’t care what some prick on the Internet thinks and there are enough people out there who would be willing to sell their favorite kidney to have her bod. And again, RIHANNA. But secondly, the last thing we need is another dude passing judgement over our bodies―a dude that doesn’t even KNOW US or, for that matter, Rihanna.

Sure, it’s just a joke and why am I getting so fired up, it’s Barstool and LOL, but… no. I am not here for this dude, and his condescending faux surprise that people are mad that he’s fat-shaming Rihanna, and his sad face. Because it’s just these kind of “jokes” that make people think it’s okay to be misogynistic assholes and treat women like lesser humans.

But my fave line from this dude’s disgusting diatribe:

“So is it possible these photos of Rihanna from this weekend in NYC are a classic ‘bad visual’ situation where she’s the same as she’s always looked but happens to appear like she’s going for Ashley Graham’s spot on the plus-sized hierarchy?”

Why? Well, take a look at the ad I’m seeing right now on Barstool’s website:

UPDATE: Thank you to all the mansplainers for telling me what a targeted ad is! I’ve been working on the Internet for almost a decade, I’m aware. Also! It seems Barstool has taken the post down. That’s…something?