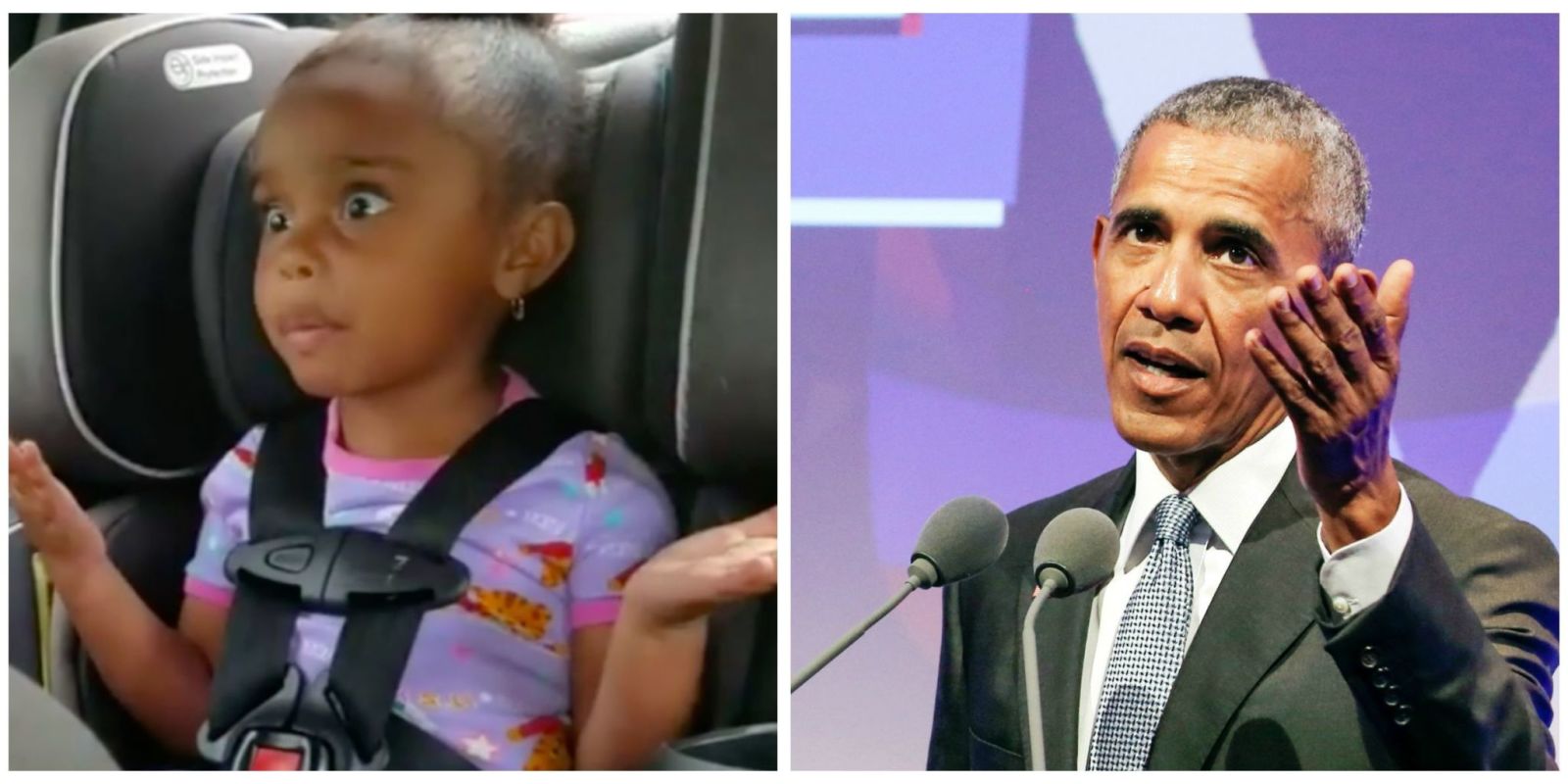 If you are feeling frustrated by American politics, you are not alone. Wee Taylor, 5, is really missing Barack Obama these days, as she complained to her mother in a series of Instagram videos that are going viral for reasons that will be immediately once you watch.

“Why do we have another president? Why did he go? Where did he go?” she says of Obama. It’s not just her relatable anger and frustration that make the clip so cute; the hand gestures, squeaky voice, and eye-rolling are also key elements.

While she name checks Hillary and Barack Obama, she struggles to remember the name of the current president, until her mother reminds her. “A lot of people wanted him, probably, maybe, the people we have now… these people voted for… Donald Trump?!”

It’s when Taylor begins to inquire about the electoral college that her ever-patient mother gives up, though: “It’s a long story,” she explains. This enrages Taylor. “I don’t want him to be our president, anyway!” she says, arms folded.

While Taylor is too young to vote herself, she discusses the mock vote her school held a few months back, presumably to teach the kids about elections. “I voted at school. I voted for the pizza!” Pizza might be the one thing our country can agree on.

Maybe Taylor has a future in politics? She’s got my vote.