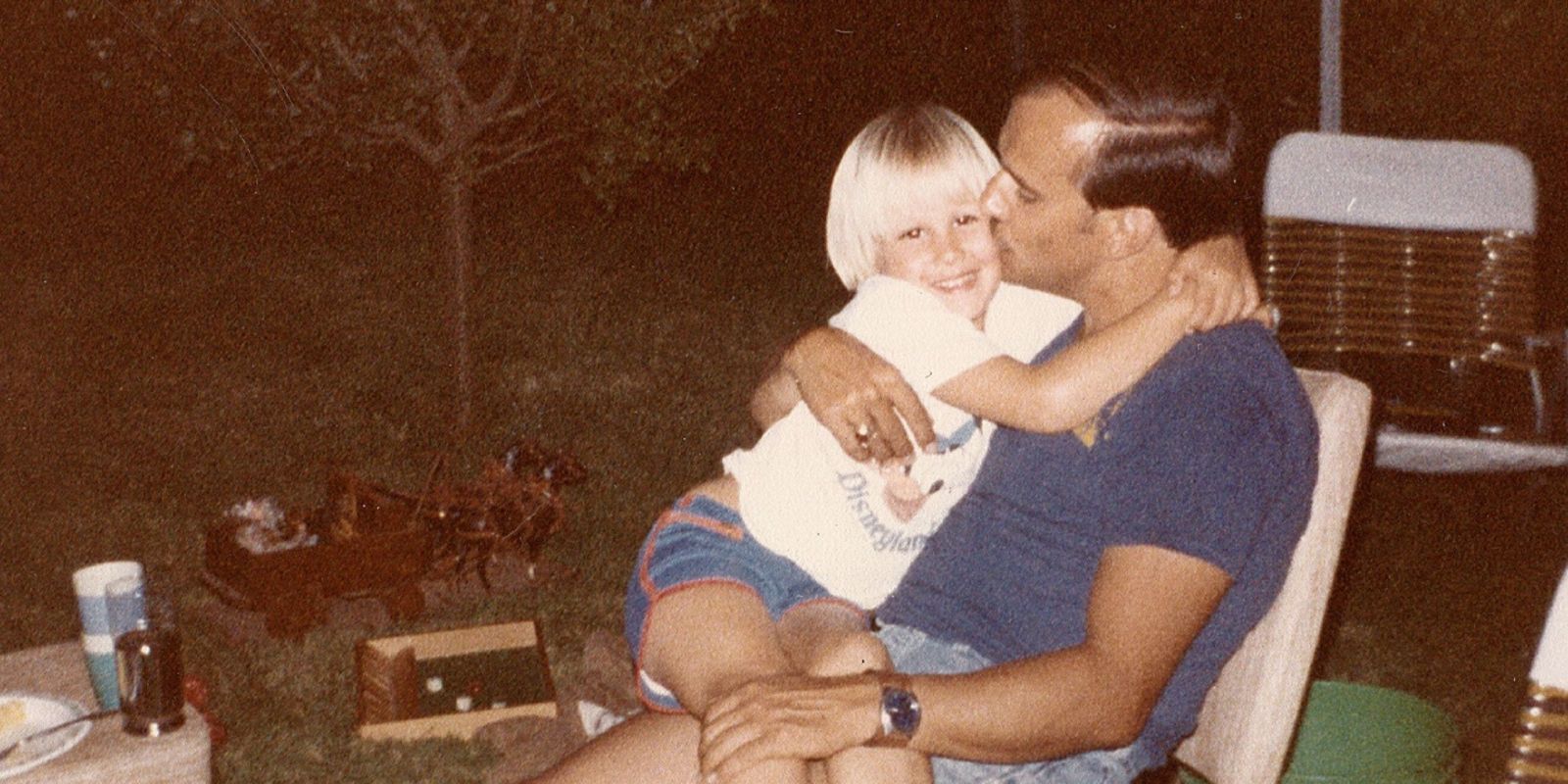 Krause and Davidson denied any wrongdoing in the investigation. But after two and a half days of deliberation, the jury decided that the defendants had conspired to violate Ray’s rights, delivering a verdict of $9 million. Seven months later, the trial judge overturned the verdict for a narrow reason related to the jury instructions.

The family waited. Nearly three years went by as the decision was appealed.

In May 2017, Ray had back surgery. As he was recovering, he received a call from his lawyers: the court had reinstated the jury verdict. He was woozy from pain medication, but he delivered the news to Katie with a joke straight out of her 1980s childhood: “This is Publishers Clearing House,” he said. “You’ve won!” Katie wrote on Facebook, “Is this for real? Congratulations Dad on this monumental journey! You deserve this victory and your justice! I love you!” Matt wrote, “Time to pay up you assholes!”

Offline, the celebration was more muted. It is unclear how long it will take before the money arrives. Katie notes that she recanted nearly a decade ago. Every part of the process has moved slowly. “Somebody’s going to have to put a check in my hand, I think, before I really believe it,” Ray says.

Even with the money, Katie knows there will be a lingering resentment towards the investigators. “Money doesn’t give you twenty years of your life back,” she says. “If you don’t have someone stand up and say I f-ed up, and I apologize,’ and own it, you’re going to have some frustration always. It’s an exciting victory. But a complicated one.”

Bitterness toward the investigators had been something to bond over, and a place to turn to avoid their most contentious debate: DeAnne. She did not protest as her children grew close to her former husband, but she also never acknowledged his innocence. Matt and DeAnne are “civil,” Matt says, but barely.

Katie, who was always able to live with conflicting narratives, has managed to stay close to both parents. “I can’t live my mom’s truth. She is a bitter ex-wife, and as much as I love her, I’m not going to live her truth anymore,” she said at the trial. Still, she is protective of her mother, believing she earnestly thought her children were being hurt and tried to protect them. This makes it difficult to hear Ray and Matt complain about DeAnne. “At the end of the day it was harder for me than them,” she says.

Once or twice a year, Ray flies from Los Angeles to Sacramento to visit Katie and Matt, and he plans to move closer to them when the lawsuit money comes through. Matt and Katie wish he’d stop waiting. They sometimes sound like parents who chide their children for not visiting home often enough, but with a sharper edge; Katie, who now works as a dialysis technician and is raising her stepdaughter and two of her own children with Mike, worries that time is precious when so much has already disappeared.

Ray worked security after he left prison, but he stopped during the trial and has not returned. He self-published a book about his experiences and still hopes to use the psychology PhD he earned in prison. Matt’s transformation has stuck; he’s happily partnered, with a young son and daughter, and when they came along he decided to be a stay-at-home dad, in part because he knew what it was like to grow up without a father around.

Matt’s account has the feel of a conversion narrative: he was lost, but admitting his primal, early sin—lying about his father—absolved him of the rest.

During one of these visits a year ago, they lounged around Katie’s kitchen island, listening to the squeals of Katie and Matt’s children from the other room. Ray rolled through his memories of being a police officer. The mood was jovial until Ray started talking about how much he missed them while in prison; he kept photos of them hidden in his cell, taking them out late at night and trying to imagine how their faces had changed. He began to cry, and his children tried to cheer him up. Then the grandchildren raced through the kitchen, and Ray broke into a smile. “I’ve been trying to make as many memories as I can,” he said, “as long as I’ve got left.”

One of his favorite stories, which he tells more often than any of the prison yarns, is of the first time he arrived at Katie’s house. He was so afraid of Katie’s reaction, he says, but when the door opened, his first sight was his daughter holding his sixteen-month-old granddaughter, Mia. She was a mirror image of Katie the last time he’d seen her, more than two decades earlier. “It was just like all the years had been washed away,” Ray says, “and there was Katie.”

With a little trick of the mind, he could make it feel like he’d never left. 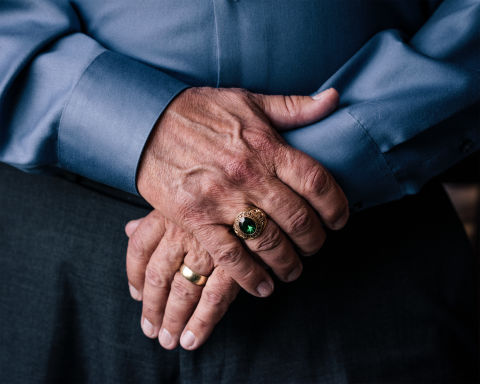 Ray Spencer wearing his class ring after obtaining a PhD in psychology while in prison.