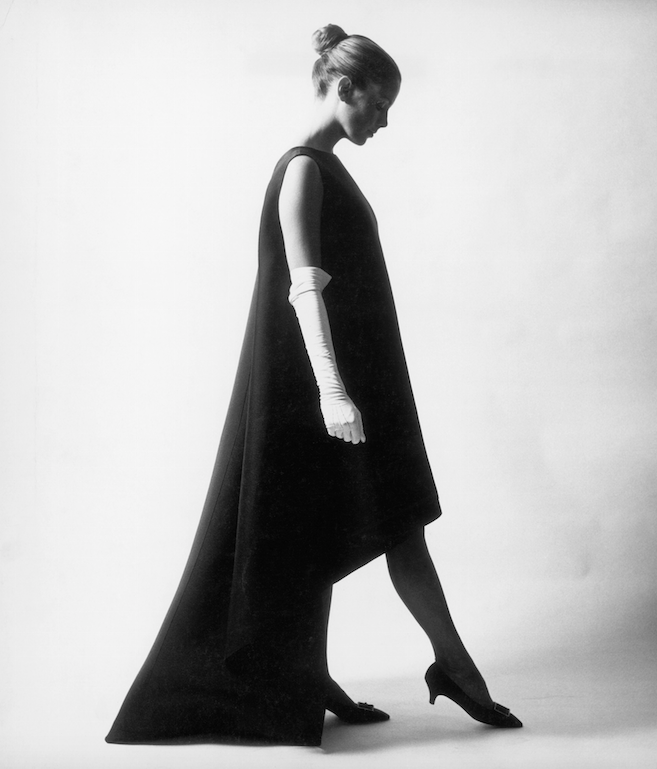 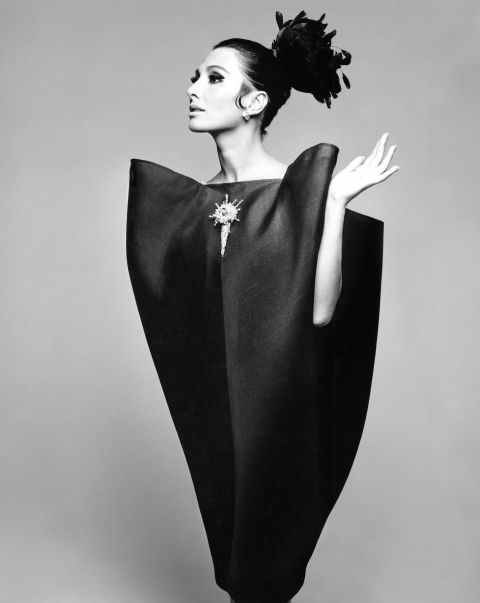 Cristóbal Balenciaga was famously enigmatic, refusing to come out and take the traditional designer bow after his presentations, and giving only one interview during his fifty-year career.

“[I]t’s very tricky to talk about the man because he’s so absent,” says Cassie Davies-Strodder, curator of “Balenciaga: Shaping Fashion,” a new exhibition at the Victoria & Albert Museum in London. “He doesn’t talk about his work. There’s a lot of mythology that’s built up around him for that reason. But really I think it’s the work that he wanted to be the most important and it’s the thing that is his legacy.” 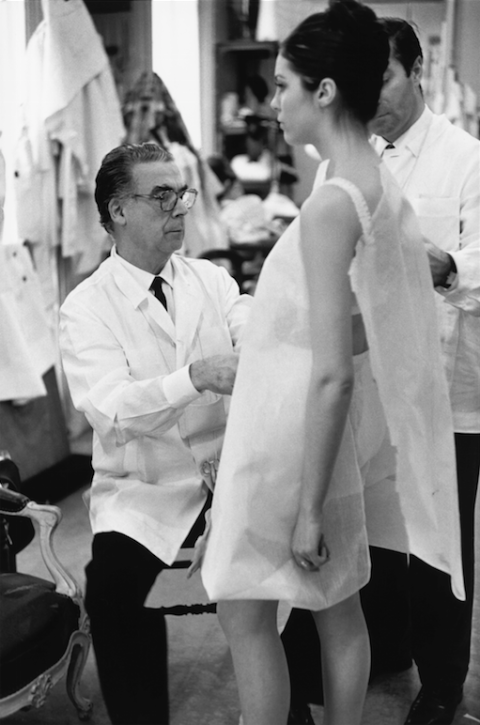 This year marks the 100th anniversary of Balenciaga’s first fashion house in San Sebastian, Spain (the designer was born nearby), and the 80th anniversary of the opening of his Paris fashion house. “Shaping Fashion” includes over 100 garments and 20 hats, some of which have never been publicly displayed before. The entire exhibition took two years to assemble.

To shed a little more light (literally) on the mystery man and his designs, the museum collaborated with artist Nick Veasey on x-rays of three dresses, done with a mobile x-ray unit built specifically for use within the museum’s archives. The x-rays, which include images of a 1954 balloon hem dress and a 1967 cape dress, bring new light to the designs in a way never before seen. For example, the cape dress, made from a single piece of silk gazar for socialite Gloria Guinness, has two small metal weights hidden in its seems, which determine exactly how the dress hangs. No one realized the weights were there until the x-rays were taken.

“We wanted a really visual way to show what was going on,” Davies-Strodder explains. “We use x-ray quite a bit in the museum as a science conservation thing, so we’ve x-rayed a lot of very early dress. But we hadn’t done it on this scale before. It gives you a different way to see the garments. In a couple of the hems the seamstresses have left the pins in it, which is a really nice trace of the people who made it.” 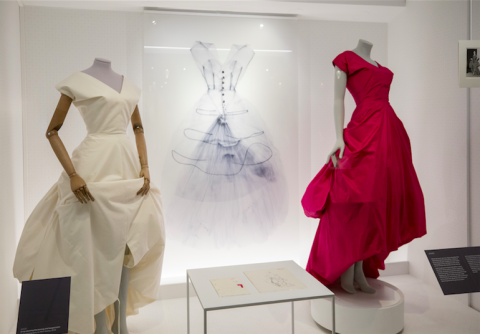 Overall, Davies-Strodder hopes the exhibit shows “what a profound and continuing influence [Balenciaga] has on fashion.” She acknowledges that while his influence among designers and other fashion insiders is well-known, “an everyday audience might not know the name.” She continued, “I hope people take away a respect for his work and you start noticing the legacy of the curve sleeves or the Balenciaga coat. You’ll start to see him everywhere.” 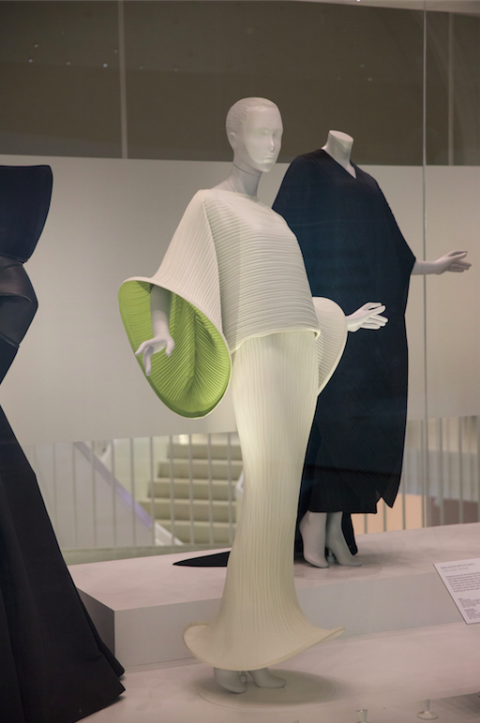 To showcase Balenciaga’s impact, the exhibit, spread out over two floors, exhibits not only 120 pieces of the designer’s masterworks, but also works from designers like Simone Rocha, J.W. Anderson and Calvin Klein, all of whom have been inspired by Balenciaga’s design aesthetics. Phoebe Philo donated a Celine dress she designed for Tilda Swinton to wear at the 2012 BAFTA Awards. Looking at the more recent dresses, particularly from Iris van Herpen and Commes des Garçons’ Rei Kawakubo, it’s clear how much the Spanish designer’s interest in architectural structures and angular lines impacted fashion. Even now you can see his influence, especially after seeing Balenciaga’s signature flared lantern sleeves from 1968 that seem to have made their way into stores like Top Shop and Forever 21 this year.

“Shaping Fashion” will remain on view at the V&A until February 18, 2018 before traveling to several other museums in Europe and Australia. Tickets for the exhibition cost £12.00 and are available in advance on the V&A’s website.