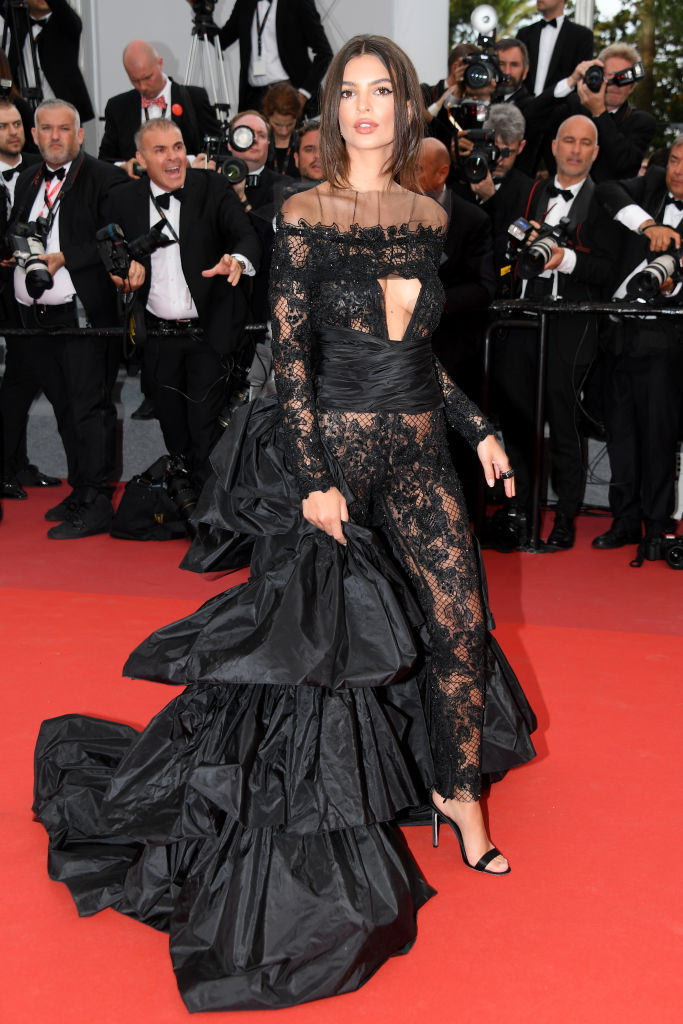 Yesterday, Emily Ratajkowski made her first-ever appearance at the Cannes Film Festival for the opening ceremony gala and premiere of Ismael’s Ghost. While the festival is known for being over-the-top glamorous, Ratajkowski went for a rather understated look in a custom Twinset dress—and had a twinning moment with Bella Hadid. 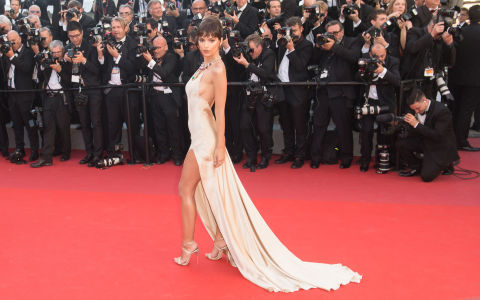 However, for day two, the Cannes rookie decided to really pull out the stops—in what we can only describe as the craziest jumpsuit we’ve ever seen. 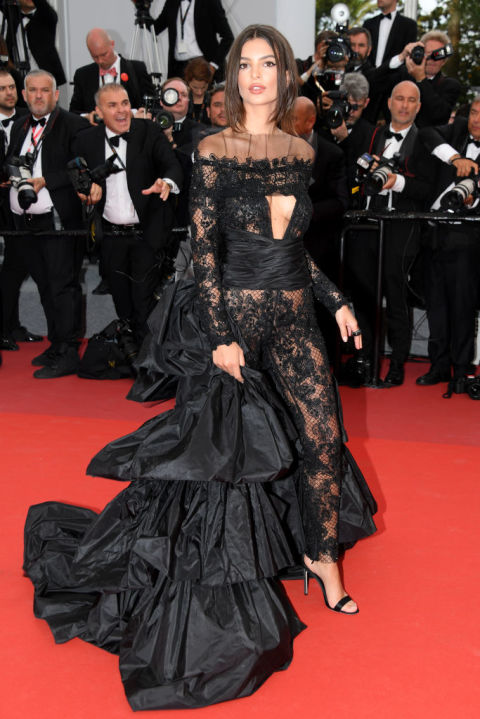 Now, let’s try to break down what’s happening here. Ratajkowski is wearing a lace, off-the-shoulder catsuit, with cut-out to show off her décolletage, plus a tiered, taffeta train that’s been wrapped generously around her waist. 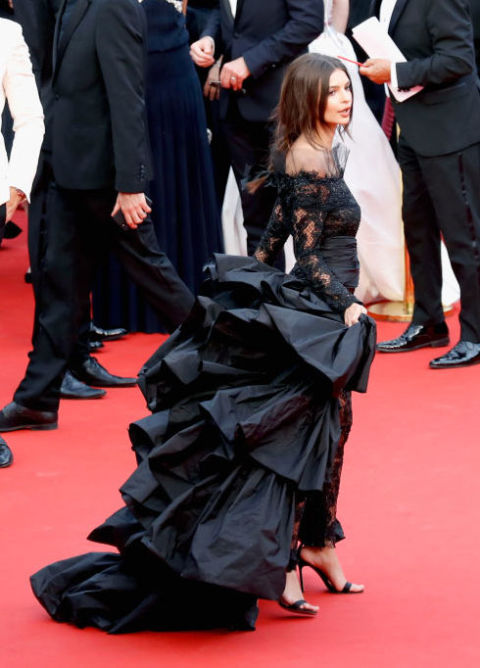 Basically, she wanted to have her cake and eat it too—she wanted the princess moment without the commitment of carrying around tons of fabric, and potentially tripping on her own gown. How has no one thought of this before? 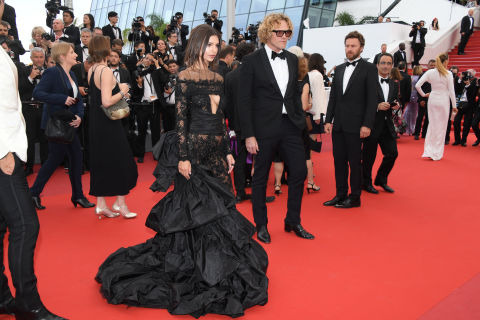 The model/actress’s look was custom made by former Roberto Cavalli creative director Peter Dundas, who is said to be launching his own line in 2018. If this look is any indication, Dundas is surely about to change the red carpet game.