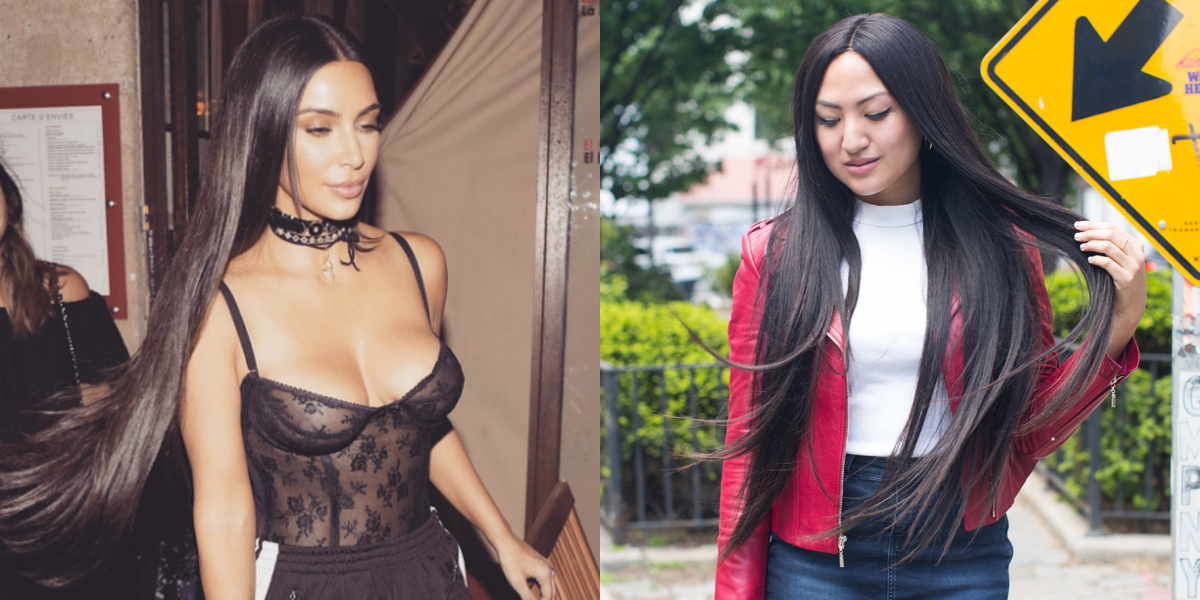 After clipping me in, she said, “Let me see you play! Swing! Do what makes you feel good.” I felt awkward at first–as someone who’s never worn a not-Halloween wig, it felt super tight on my head and very heavy. I twirled my head around to get accustomed to the weight of it and, gradually, started feeling comfortable. But I thought I looked insane. I texted a selfie to my sister and best friends, “Kim K vibes!!” they responded, “Slay, bitch!” I sent a photo to my intern who helped me with the story, and she said the same, “YAAAAAS. OMG. I DIE. It looks so good on you–very Kim K, Ariana, Nicki-esque.” 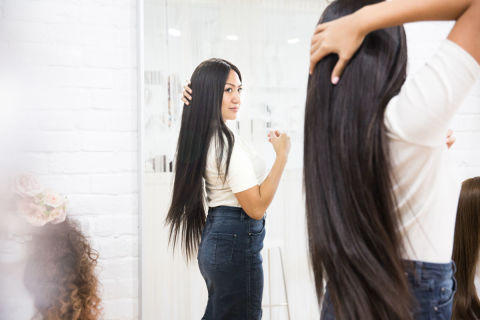 With that confidence boost, I started enjoying the hair more. “I think the idea is for it to be ridiculous,” Barbel tells me, ” It’s not supposed to be normal. It’s supposed to be really in your face like, ‘I’m gonna be ridiculous and that’s just what it’s gonna be.’ And I think that’s the reason why everyone’s doing it.”

With that, I stepped out into the world. I was more self conscious than ever–the lingering stares (good? bad? confused? I couldn’t tell) started immediately–but something really did come over me as I started posing for photos. I felt…CHIC. That’s especially since I was aware how high-end this particular creation was, at $2,500 (rentals start at 10% of the full price per day). Barbel instructed me to “treat it like a pair of designer shoes.” 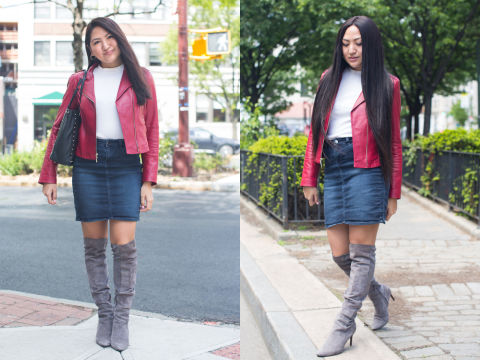 Even if the wig was heavy and super hot given the warm weather, I had a ton of fun swinging it and flipping it around as I walked down the street. It was akin to the giddy feeling I’d get playing dress-up as a little girl. Long hair has long been a symbol of femininity, and there was a certain thrill to being unapologetically girly (“You feel like a princess with long, flowing hair,” Barbel said). I was eager to get reactions from others. 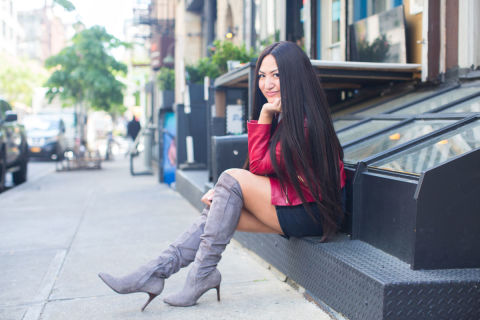 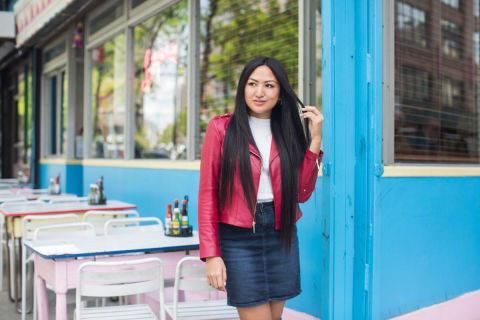 On the way to lunch, I got a few more stares on the subway but nothing major. At this point, my hair started becoming more difficult to maneuver–it kept getting stuck in my shoulder bag straps, or in between my legs when I crossed them. When I stopped by a Bolivian food joint, I had the cashier fooled. “Wow! You have amazing hair–how long have you been growing it for?” he marveled. I whispered that it was a wig and his mouth hung wide open, “I thought it was REAL! It totally looks like yours.” In the office cafeteria, I ran into more colleagues who gawked. “WOAH that’s insane. What happened to your hair?” one asked me, “It’s eeextra.” 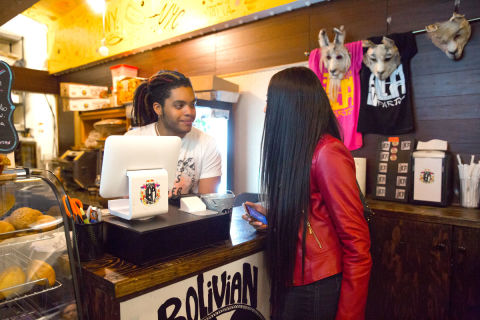 Then, I went up to my desk to see how my coworkers would react. “Oh, it’s ALL a wig?” one asked, convinced that at least some of it was mine. While I’d typically be quietly typing away and glued to my desk, with the wig on I felt myself being more social, talking louder, joking, and being very silly as I gleefully showed off the hair. 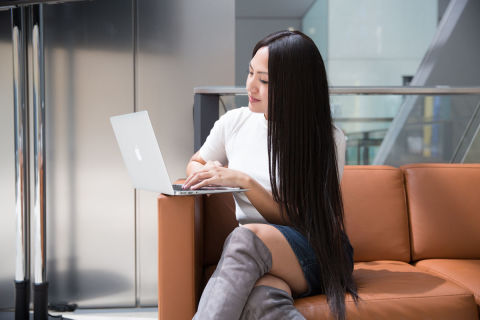 “You have a different attitude!” another officemate told me, meanwhile one of my dear work friends couldn’t stop laughing at me. “I can’t take you seriously with that on! It’s just so much.” “Why not?” I responded, with a very exaggerated hair flip and mock eye roll. I, indeed, felt a lot more like a diva.

Funnily enough, several teammates were eager to try it on too once I was done for the day. “You immediately feel your attitude shift,” Justine, our associate market editor, agreed after she put it on. She even felt compelled to take a boomerang of herself flipping her hair for Instagram. 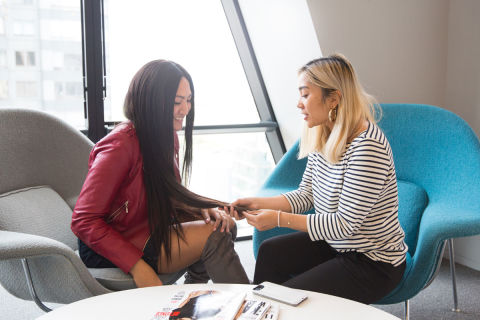 Would I try making this my everyday look? Probably not. Truthfully, I don’t have a clue how Kim, Nicki, Ariana, and Co. deal with having hair everywhere–also what about the tension headaches? That definitely got the best of me by mid-afternoon, though, I am a wig amateur so that might explain it. Kim recently went from extra long hair to short within a couple of days, so perhaps they get tired of it too.

It was amazing to see how transformative it was to try a different hairstyle for a day. I could see why celebrities are drawn to this look–it calls for a lot of attention and forces you to carry yourself in a more regal way. I didn’t just walk, I sauntered. I didn’t just come in, I arrived. Everything felt ten times more dramatic. “I bring the drama hair. That’s my job,” Barbel told me before I left her studio that morning, “My job is to bring the drama and bring the art and bring the avante garde. It just pulls everyone in.” 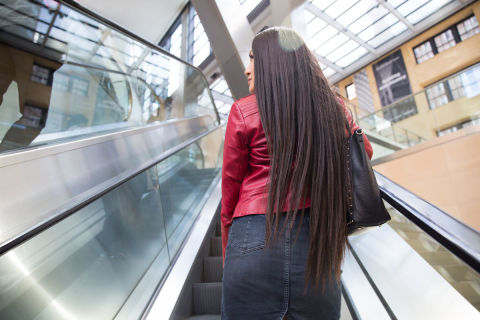 Considering it’s such a low commitment way of changing up your look, it’s a wonder I never experimented with wigs before. Barbel watched me playing with her crown creation, satisfied and amused. “I think the message behind it is telling you not to take things so seriously in the world today,” she said, “Have a little fun!”