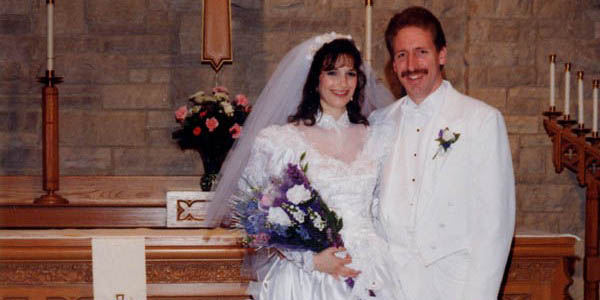 “I was begging him, talking to him with a tremendous amount of respect,” says Shmaling. Time was of the essence if they were going to find Teri alive.

Then, detectives dropped the bomb that they’d found Teri’s pants—and blood—in David’s house. “He started getting emotional as I was calling him on his lies,” says Shmaling. David claimed Teri had attacked him and that he’d responded in self-defense. The rest, he said, was all a “blur,” but authorities finally had enough evidence to detain him. In doing so, detectives confiscated what personal belongings David had on him, including a wallet jam-packed with business cards and receipts. Inside, they found a card for a storage facility near the town where David owned property—a phone call confirmed that he had a storage unit there which he’d visited that morning. 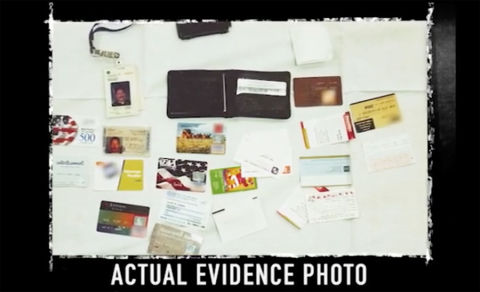 Police officers found Teri in the corner of that unit; her core body temperature was 86°F. She was within an hour of dying, doctors would later say. The fetus that had been growing in her belly for weeks was no longer viable. David Larsen had inflicted so much trauma on Teri, including a crushing injury to her skull, authorities feared they would cause further damage if they tried to move her from the trash can—so they left her in the garbage receptacle until paramedics arrived.

Reflecting on the storage unit’s location, Schmaling made a chilling conclusion: “Larsen was an air traffic controller: He could look out the window, see the storage facility from his tower, and know she was suffering or dead already.”

“If you have kids, or someone you want to stay alive for, that’s enough.”

David had been so confident in his ability to get away with murder that he hadn’t checked Teri for a cell phone before forcing her into the garbage can he loaded onto the back of his truck. He had brutally assaulted her with a baseball bat while their daughters sat locked in the back bedroom of his house, crying because they were hungry and no longer distracted by the movie playing in the background.

After Teri was left to die in the storage unit, her thoughts turned to her family. “If you have kids, or someone you want to stay alive for, that’s enough,” she says of her incredible will to live. She checked to see if David was around by calling his name. When he didn’t answer, she started screaming for help. 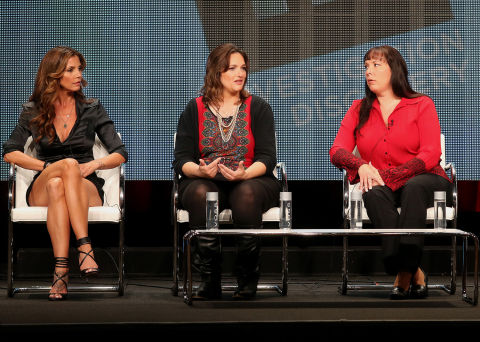 Teri, center, speaks onstage at a 2013 panel on domestic violence.

On Aug. 16, 2005, David Larsen was sentenced to 35 years in prison for attempted first-degree intentional homicide.

Terri spent almost seven weeks in the hospital undergoing 10 different operations, and even after she returned home, remained wheelchair-bound for several more weeks. She was “pissed” that she could no longer jog and, at least for a while, couldn’t get upstairs to tuck her daughters into bed at night, but she was grateful that she and her girls were alive and would never have to see David again. Looking back now, she laughs: the person who tried to take her life ended up losing nearly every semblance of his own.

“When you hear Terri’s stories of how controlling Larsen was, you think about where he is now, and the fact that he has absolutely no control over anyone,” says Sheriff Schmaling. “He’s told when to go to bed, when to get up, what he needs to do—for all the days of the rest of his life.”

In the 13 years since the harrowing event, Teri has been instrumental in helping to draft laws that protect domestic violence victims, like Wisconsin’s SAFE Act, which takes guns out of the hands of abusers. (David threated Teri with the same gun he was supposed to have turned over as part of her restraining order against him.) The 2014 law gives more authority to sheriff’s deputies, who previously couldn’t take an abuser’s firearms without a warrant.

In March, Teri’s story aired as the premiere episode of Oxygen’s new female-focused, true-crime series Three Days to Live. The show’s title comes from the statistic that for every hour after a woman is abducted, the chances of finding her alive diminish greatly within the first 72 hours. The finale airs this Sunday at 9pm ET/PT.

A few years after the abduction, Teri and Nick welcomed a son, who’s now 9, a sweet little brother to teenagers Holly and Amanda. When asked how she found the strength to live on the bitterly cold night she was left to die, Teri quotes Nancy Reagan: “A woman is like a teabag—only in hot water do you realize how strong she is.”