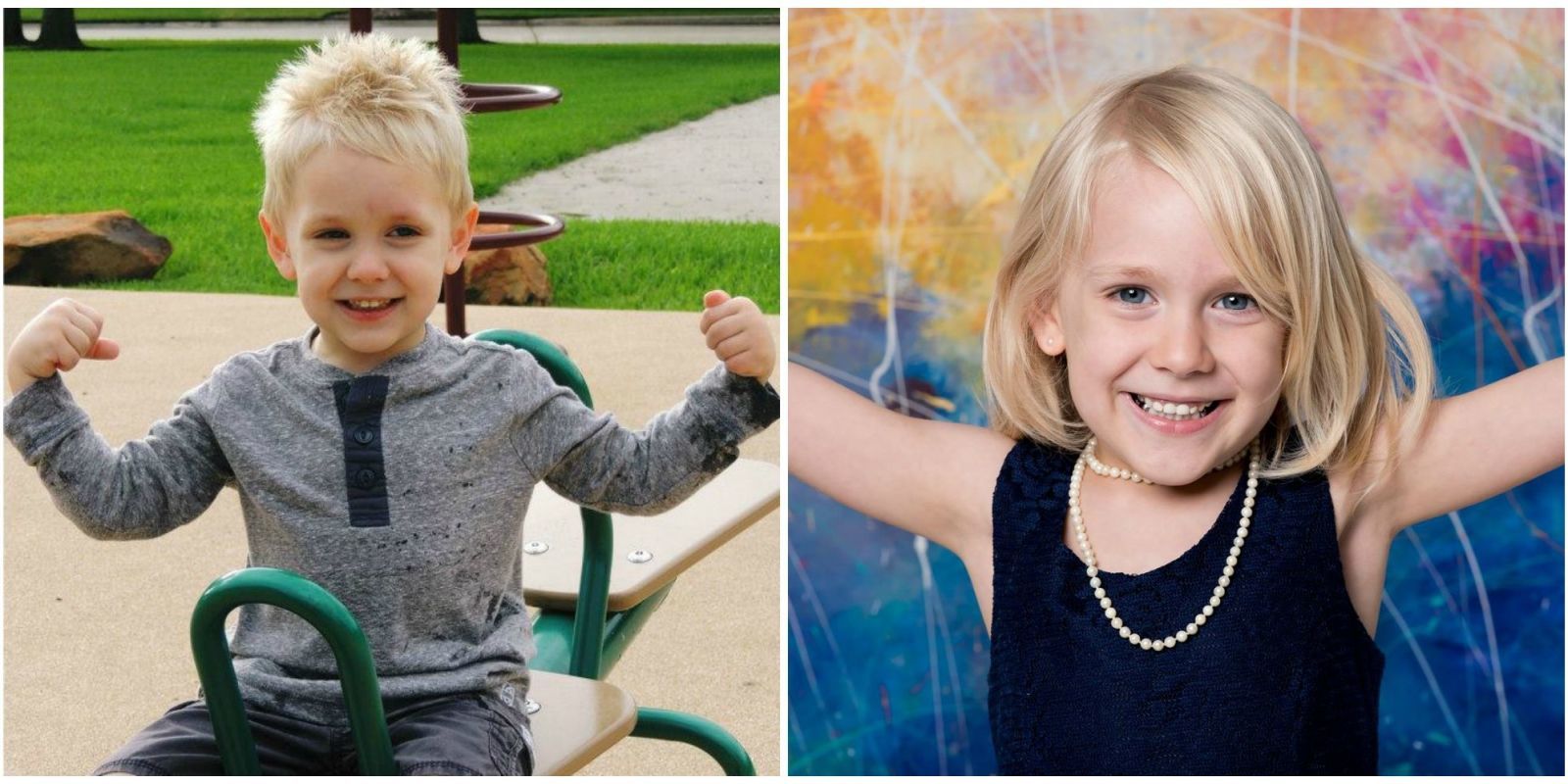 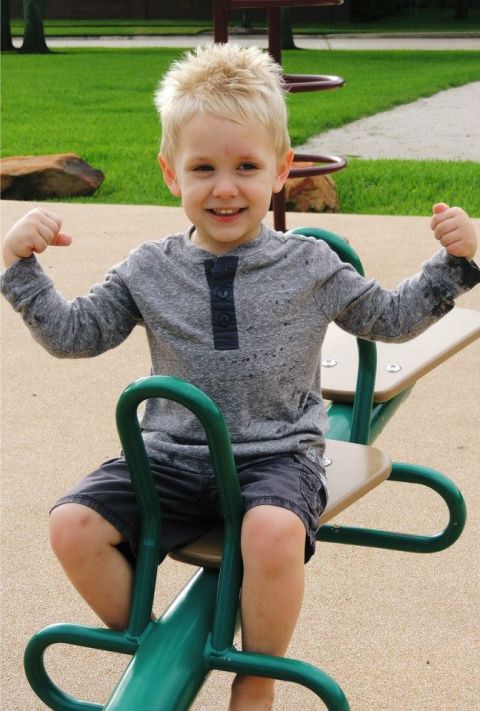 Kai did not choose this haircut, but she put on a smile anyway.

By the time Kai was 3 1/2 years old, I couldn’t ignore it anymore. She was verbalizing that she was a girl at least six times a day. Everything was: “I’m a princess” and “I’m a girl.” Every time she’d say something like that, I’d get down on her level and firmly say, “No, you’re a boy.” It never worked. She would correct me by waiting until I was in the middle of something and unable to chase her around, then run into the room and yell, “I’m a girl!” and run out again. I did everything I could think of to cut off that kind of talk. There were time-outs, so many time-outs. There were spankings and yelling matches and endless prayers. I even contacted the daycare Kai attended and asked them to put away every single “girl” toy. They complied with it, but Kai never changed her tune. The tenaciousness and bravery of this child is something from which I’ve learned so much.

I started reaching out to more professionals, including a child psychiatrist who asked me, “If you and Kai were on a deserted island, would you let her wear girls’ clothes?'” I said, “Probably.” The psychiatrist told me it wasn’t God I had a problem with, but what other people would think of my child and me. That really got my gears spinning. I thought, Okay, I could start with girls’ panties. It’s something no one else will see. It took me three or four trips to Walmart until I could finally bring myself to do it. I’d go pick them up and then leave them in the store, crying as I walked out of the automatic doors. I would be so upset, and then I’d feel bad about not getting them. It was something so seemingly small, but it was a huge hurdle to overcome.

Related: My Husband Becoming a Woman Saved Our Marriage

Guilt and confusion were eating away at me in a constant battle to find a solution. Kai was still 3 1/2 when I came across Leelah Alcorn’s story online. Leelah, born Josh Alcorn, had voiced a desire to live as a girl. Her parents said that, religiously, they wouldn’t stand for it. Leelah later wrote a note to her parents and a specific passage stuck with me: “Even if you are Christian or against transgender people don’t ever say that to your kid. That won’t do anything but make them hate themselves. That’s exactly what it did to me.” Alcorn’s story ended tragically — she committed suicide because her parents wouldn’t let her be who God designed her to be. That hit me too close to home. I’d heard Kai praying to please let Joseph go home and live with Jesus. I mean, this kid was asking the Lord to let her die. 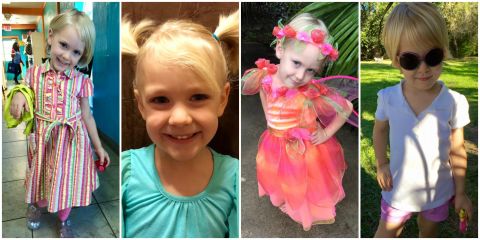 Kai loves wearing her hair in pigtails and experimenting with new styles!

After that, I started studying for a long time just about Jesus, getting to know more about His nature and character. I also read and reread His interactions with the Pharisees. The religious people of the Bible were always using scripture to justify their hateful actions, and Jesus consistently stepped in and asked them to view the scripture from the perspective of loving the person. So that’s what I started to do. Online, I found a secret Facebook community of Christian moms of LGBTQ kids. It’s a beautiful group with a combined total of more than 2,000 moms now. I found women who would pray with me and for me. I found a group of the least judgmental and loving Christian women I have met. They make me brave. I felt like I was armed with a new understanding of scripture. I had the support of other moms like me, who had been through the same thing I was going through. 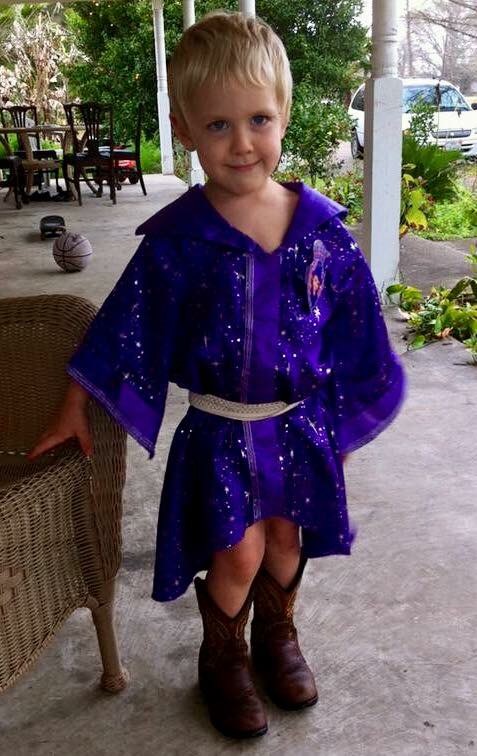 With all of that, when Kai turned 4, I finally let her transition. There was still fear and confusion. I was defying the societal and cultural expectations of our community, family and friends. But I knew I had to choose to accept my daughter exactly the way God created her — and there was also a beautiful freedom in that. A few weeks after I stopped punishing Kai for “acting girly,” she put on a wizard robe she’d received as a birthday gift, making it her “first dress.” She stole my headband to make a belt and pulled her hair forward as much as possible.

When I look back at photos of that day, I have mixed emotions: Regret that I made her suffer so long. Pride for what a tough cookie she is. Respect for such a young child to teach me unconditional love. And then I just laugh, like, how could I not tell this kid is a girl?

While my biggest personal struggle was the choice to let Kai, now 6, transition, my greatest trial as a woman of faith has been the persecution I’ve received from other Christians. Family members, friends and church members have judged our family and ostracized us to the point that we’ve considered moving. I’m so disappointed in the hatred they call “love the sinner, hate the sin.” You cannot have fresh water and salt water from the same spring. But despite the ignorance and hurtful words of others, I choose to arm myself with knowledge. My child is at the highest risk of suicide and/or being murdered in a hate crime.

I have surrounded my family with transgender men and women who are leaders in the community. They encourage Kai to be proud of who she is and where she comes from. We’re building a stronger community together. When Kai was finally allowed to be her true self, she blossomed. I put princess panties in her drawer and she fell to the ground, hugging those panties and sobbing, saying, “Thank you, Mommy, thank you.” Within a few short weeks of letting her transition, she was no longer lying, no bed-wetting, no more nightmares. I now have a happy, healthy, outgoing, loving, beautiful, sweet little girl who loves Jesus and loves her brothers.

Yes, the emotional challenge has been great, but I’d rather face that challenge myself than have my child face it alone like so many transgender children have to because their parents won’t let them transition. There’s never been a moment of doubt or regret after making the choice to let Kai transition. I’ve learned too much about identity and faith in loving my beautiful daughter exactly the way she is. She’s a loud, happy and joyful girl who expects that everybody’s going to be kind and good. It’s her persistent spirit that has enabled her to transition so young. She knows who she is and has no problem making sure that everyone else knows too. 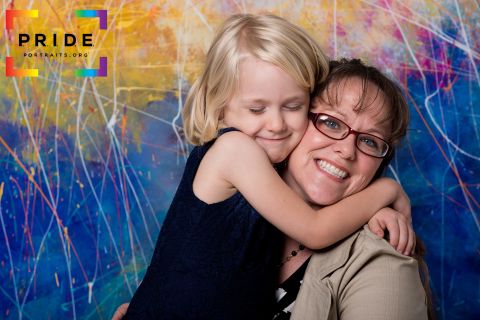