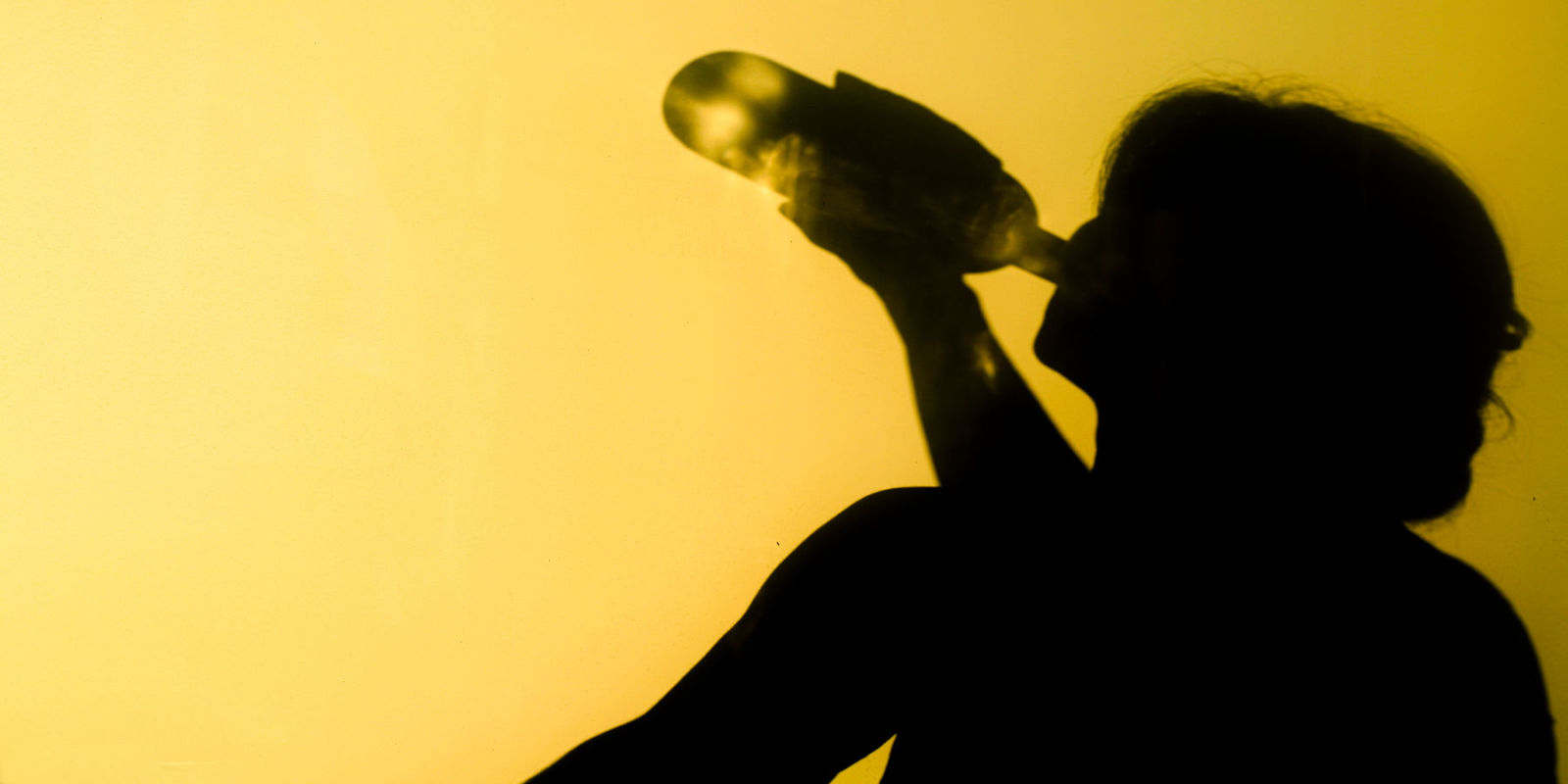 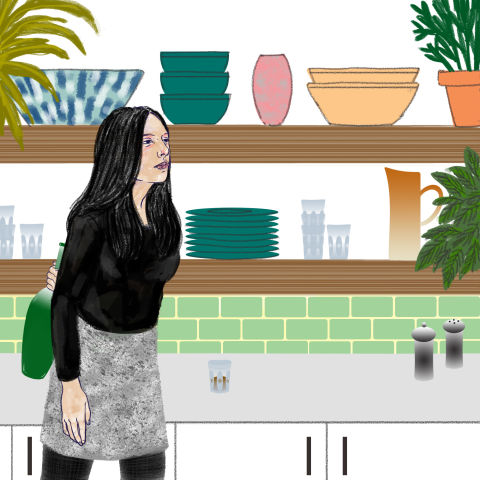 The young mother stared at me. She was dressed in her Sunday best. Next to her sat her cute daughter in a flouncy princesa outfit. I kept my eyes glued to the dirty floor of the train heading uptown. The baseball hat I wore didn’t do much to shield my swollen face. The black eye was already forming. I made the mistake of looking up to make sure I didn’t miss my train stop. My eyes connected with the mother’s, and she gave me that look of pity I knew so well, like she wanted to help me. My eyes returned to the floor, and I tried to shrink even more into the seat.

The ride from Jackson Heights in Queens to 183rd in the Bronx would last for at least an hour. It was more than enough time for me to figure out what lie I was going to choose. Was it the three Long Island Iced Teas that did me in, or was it more? I couldn’t remember but I definitely blamed the fruity drinks.

I’m a Puerto Rican from the Bronx. You drank Bacardi Rum or Heinekens if you had money, Budweiser if you didn’t. The only drink I knew how to order was a rum and Coke because it made me feel much older than nineteen. When my stop approached, the face that reflected back on the train’s window reminded me of my neighbor, the one who would wear heavy Avon foundation to conceal the bruises her boyfriend gave her.

“Que te paso?” Mami asked once I entered the apartment. As much as I tried to stay in the shadows, the glaring florescent light fooled no one.

“Nothing,” I said. My nervous laugh couldn’t conceal my shame. “I drank too much. I forgot to eat.”

The ride would last for at least an hour. It was more than enough time for me to figure out what lie I was going to choose.

The excuse I’ve used before, part of an old script. I come from a family where secrets are preserved. Even when I told Mami that my broken nose came from drinking, she couldn’t believe me. My messed-up face must have come from somewhere else, she thought, some incident way more dramatic than blacking out in some grungy bathroom in a bar in the Village. But the one thing I knew I could count on was Mami not asking for more information. My embarrassing moment would be kept hidden.

At the time, my cousin Jose lived with us. He was a big burly guy with a thick Bronx accent. He loved to tease me, tell me I sounded white. Maybe he thought I was a bit too bougie. I was the first to go to college. Clearly, I was trying to act like I was somebody.

“But what happened to you?” Jose asked over and over again. “Tell me. If you’re protecting someone, tell me right now. I’ll take care of it.”

It would have been easy for me to say yes, that it was some guy who gave me the black eye, who broke my nose. No one in my family could wrap their head around that I got hurt because I couldn’t stop drinking. Alcoholism doesn’t really exist in my family. There are only freak accidents and bad liquor choices. It didn’t matter if I blacked out or if I broke more body parts, I wasn’t going to stop.

“Don’t be stupid in protecting some guy,” my cousin said. “Give me his name.”

The first time I took a drink, I was nine years old. It was at somebody’s wedding reception held in a church basement. Each table had plastic champagne glasses filled with cheap bubbly. When my older cousin Leslie told me to drink it fast, I did what she told me to do. It felt warm going down. The champagne burned my throat, and I immediately wanted more.

The tape on repeat that played in my head convinced me that I was ugly and stupid. With a little bit of liquor, I felt pretty.

I come from a big family. We lived walking distance from each other. We always partied together. Strangers were definitely not allowed in our tight circle. It’s easy to feel safe when the people you’re getting loaded with are your relatives. There’s a rite of passage each of us went through that consisted of consuming lots of alcohol at one of our many house parties. If you can hold down your liquor without passing out, then you were fly. When it was my turn, it felt good to be able to pass that test, to receive mad props from my older cousins for showing that I wasn’t weak.

For a shy person, alcohol became a great mask. The tape on repeat that played in my head convinced me that I was ugly and stupid. With a little bit of liquor, I felt pretty. Visible. I could hold a conversation and tell funny stories. I took that courage with me as I headed to college. I’d never been away from my family. When I landed at Binghamton University, I was surrounded by people with money who had never even ventured into the Bronx before. I felt lost and ashamed of being a Latina in a mostly white school. On my first day at the university, I got so drunk that I don’t remember how I got to my room. There were many other incidents. Dangerous situations that would scare my mother if she knew. Too many to count.

It was the year 2000, and I was newly married. No one knew about my secret. Not my husband. I would sneak into the kitchen and take shots. Run to the bathroom and brush my teeth. Not my friends. I was good at pacing my drinks when I was with them so I didn’t draw that much attention. But moving to Los Angeles meant driving, and that scared me so I stayed home and drank. My world got really small. Work. Go home. Walk across the street to get more alcohol. Try not to get checked out by the same cashier. Hide the empty bottles. I lived my very own Lifetime TV movie.

There was a deep fear that my life was about to explode. I couldn’t keep this up. It was only a matter of time before my husband found out about my problem. When he confronted me on why I seemed so depressed, I told him I was unhappy with the relationship. I wanted to separate. Clearly, he was the problem. The news came to him like a blow. He didn’t understand, but he made me promise to at least speak to a therapist before bailing out on the marriage.

“You have a drinking problem, and I won’t continue treating you until you admit it,” the therapist said. I thought for sure she was confusing me with some client who happened to be white. Latinas don’t have drinking problems. I was already complicating things by seeing a therapist, a last-ditch effort to save my marriage. There was obviously a cultural misunderstanding going on here, a disconnect on the way Latinos are raised. It’s almost religious. We drink. The therapist wasn’t hearing any of it. She told me to go to an AA meeting, and for whatever reason I listened. I was tired of juggling the lies. I told my husband the truth. We managed to work things out and are still married.

It’s been sixteen years since I took my last drink. My family is aware that I no longer indulge, but we never discuss it, or the day I walked in with a black eye. I live by all the clichés now: one day at a time, easy does it, turn it over. I attend AA meetings when I can. My cravings have disappeared, but there are moments when I feel that a drink might help ease my anxiety. When that happens, I play out how one drink will lead to another. I play the events straight through. It always ends in pain.

My nose is still broken. If you look closely, there is a tiny scar that marks that day.

Lilliam Rivera is the author of The Education of Margot Sanchez (Simon & Schuster).