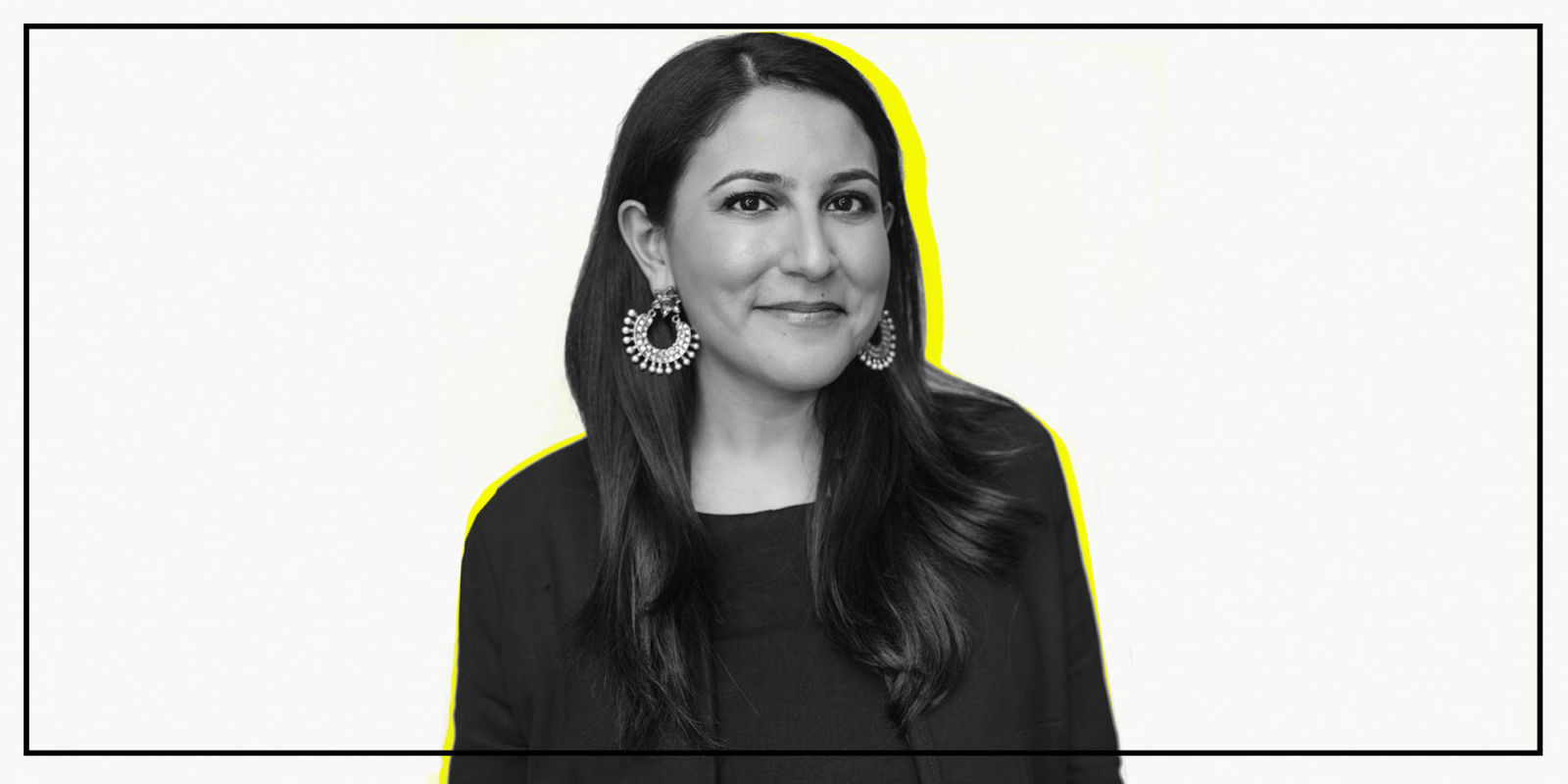 The common narrative within the professional world is up, up, up. You graduate college, find a job, and immediately start toeing the next rung on the ladder, always reaching for the next spot (aka a bigger paycheck). Still, every standard story has its opposite, and this one’s starring Noorain Khan. She earned degrees from Yale Law School, Rice, and Oxford, spending time at the latter as a Rhodes Scholar. Then, she landed a prime spot at prestigious Manhattan law firm Wachtell, Lipton, Rosen & Katz, billing 3,100 hours in her first year (“in lawyer speak, that’s a lot of hours”). Then? She left to pursue a career that makes a difference, taking a 70 percent pay cut along with it. Below, ELLE.com’s chat with the current Ford Foundation program officer about what it’s like to leave a massive annual bonus (and car service) for work that’s focused on making the world a better place. 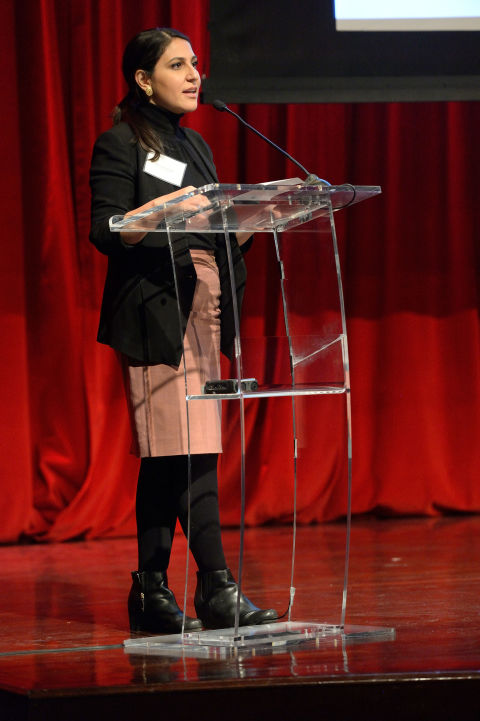 I studied women’s studies, religious studies, and political science at Rice: stuff that seems disparate, but this year it’s all come together full circle. I won a Rhodes Scholarship and went to Oxford where I studied migration studies, the economics of modern contemporary immigration. Not forced migration and refugee status, but when immigrants move of their own volition. What does that look like? I studied Islamic dress and hung out in cafes, talked to Muslim women, translating their first-person narratives into something collective. I went to law school at Yale where I was really involved in the “Balancing Civil Liberties and National Security after September 11th Clinic.” The work I focused on was torture-related—what sort of accountability mechanisms were available to us through the law for people who develop torture tactics. It was really tough work emotionally, but so rewarding. It was one of the most important formative experiences of my law-school life.

We got breakfast, lunch, and dinner at work. I had car service to and from…we had everything we needed to be there.

I was a corporate associate at Wachtell, Lipton for about two and a half years. It’s tiny, but they do the most serious deals in the country on the leanest staff.

What does your current role entail?

The Ford Foundation is a social justice philanthropy focused on fighting social inequality globally. It has a $12 billion endowment and 10 offices around the world in places like Jakarta, Bogotá, Cairo. We’ve decided to work in seven primary fields like civic engagement and government and creativity and free expression, focused on things like investigative journalism and documentary filmmaking. We give away $500 million a year, but we have a reserve fund which is flexible. Its purpose is to think of emerging needs, things we couldn’t plan for like the Flint water crisis, Zika. Whenever one of our seven areas has a key policy fight or a moving-the-needle movement, we can use funds from the reserve and transfer them. I collaborate with my colleagues who are experts in their fields and use the money strategically to advance our broader mandate of fighting inequality.

I literally can’t believe I get to do what I do every day. Even when I was a lawyer and things were exciting, I was exhausted and not personally fulfilled. I’ve never been this flowery—I’m not usually this over-the-top about what I do. I’m so grateful to be around people doing the good work or making this world a better place.

In 1992, filmmaker Yance Ford’s brother William was shot and killed by a 19-year-old white mechanic after a common complaint about a car repair spiraled violently out of control. The mechanic claimed he fired in self-defense, and though William was unarmed, he quickly became the prime suspect in his own death. When an all-white grand jury set the shooter free, Yance’s family retreated into a silent fury. Twenty years later, “Strong Island” invents a startling cinematic language to penetrate this devastating collision of paralysis, grief, fear, racism, and injustice. As much as it is an outward-facing investigation of William’s case, this film is a radically intimate, lovingly layered inquiry into the emotional valences and internal geometries of the Ford family and their loss. Exacting aesthetic choices transport us directly into Yance and his mother’s subjective experience, acknowledging the painful reality that some things will always be elusive and unknowable. “Strong Island” dismantles and reimagines the wreckage left in the wake of William’s murder, bringing us as close as art can come to the blistering truth. The Ford Foundation-funded film premieres on #Sundance January 23. #Sundance2017 #sundancefilmfestival

Was your experience at Wachtell, Lipton super high-pressure and fast-paced?

The stress is exhilarating. It can weigh you down, but it’s awesome to stay up all night working on a deal and sign it in the hopes that in the morning it’s all squared away and on the front page of the paper. That feels ridiculously awesome. You’re working with a lot of smart, brilliant people, and it makes you bring your A-game. When things are going well you forget about all the difficult stuff. Between deals, your lifestyle isn’t so bad. When you’re in the middle of something, you’re like, “I can’t live like this,” but after, it’s “That was so easy. I can’t wait for the next one.”

It is super glamorous, and you’re compensated so well. A lot of that goes to maintaining your lifestyle [because] you basically don’t have time to do any of the errands that normal people do. To this day I don’t do my own laundry. We got breakfast, lunch, and dinner at work. I had car service to and from…we had everything we needed to be there. It was tough, but there were so many great, nice people. Some of the people I love the most in my life were my assistants in that job—they are my favorite people. You really become close with people you’re working with.

When did you first start thinking about making the career move into public service?

In the middle of my second year [at the law firm], there was this moment when I was in Chicago at the 100th anniversary of the Girl Scouts. I had taken a week off work, time that was very hard to come by. I remember ushering girls from 80 countries into the bleachers for some sort of aquatic show and thinking, “I can’t believe my life. I’m so tired, still getting emails from lawyers saying, ‘We know you’re on vacation, but can you look at these docs in the next two hours?'” But I still wanted to be there. I remember thinking, “This could be my actual job. The kind of work that drives me can be my day-to-day.” From that summer on, I was constantly Googling “New York non-profit chief of staff.”

It’s disappointing how difficult it is to be seen as credible when you want to do it and are willing to take the pay cut.